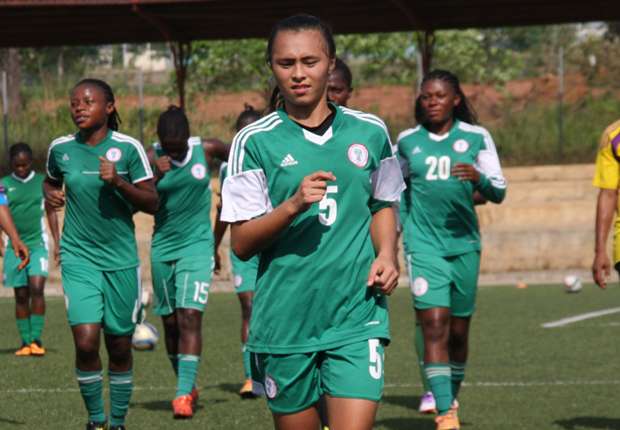 The Edo State Government in conjunction with the Nigeria Football Federation (NFF), has offered to host the Super Falconets World Cup qualifier to herald the Nigeria Women’s League Super Four League, coming up in the same city of Benin, Extrasportsnigeria.com reports. The Super originally billed to hold in September has now been shifted to October.
Edo State Governor, Godwin Obaseki, has already sent words across to the NFF to assure them that the state government is ready to rejuvenate sports in the state and women’s football is one of the avenues.
The U20 World Cup qualifier is now scheduled for September 16 against Tanzania and Women’s League Chairperson, Aisha Falode, said she is excited about the development and feels that it further concretises the readiness of the state and indeed the NFF to take the women’s game to the next level.
Edo FA Chairman, Frank Ilaboya, told the media that the Samuel Ogbemudia Stadium in Benin City is already wearing a new look as the FA and indeed the Governor is expecting the national U20 in the city by Monday.
“All logistics are in place and I can assure you that working with the Women’s League and the NFF the Governor has already declared an “Operation Crush Tanzania in Benin City.”
Falode said she is delighted at the support that women’s football has received from the state and promised not to relent in her determination to reposition the women’s game and continue Nigeria’s dominance of the game in Africa, even as she thinks of world trophies during her stewardship.