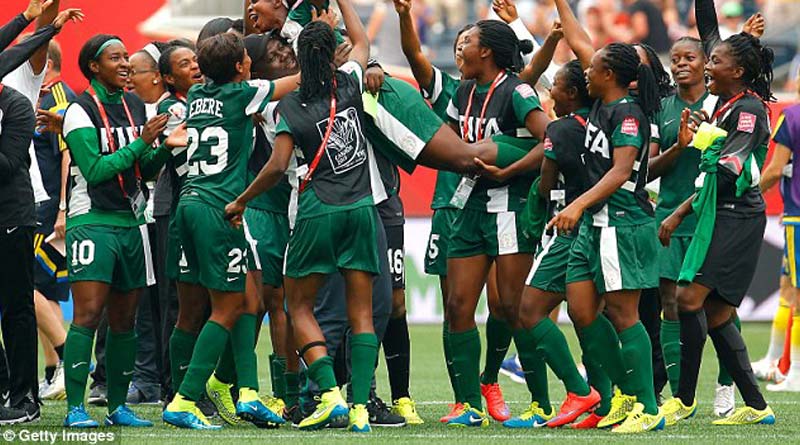 Sports News
December 15, 2016December 15, 2016 0 Comment falcons
Super Falcons are now much more hopeful that they will soon be paid their entitlements after the Nigerian government addressed them on Wednesday. The Presidency represented by the Chief of Staff to President Muhammadu Buhari, Abba Kyari, who addressed them and promised to offset their bills within 48 hours.
The members of the Nigeria women’s national team had on Wednesday morning stormed the National Assembly protesting the non-payment of their allowances by the Nigeria Football Federation and the Federal Government at large.
The ladies won the 10th African Women Cup of Nations, beating hosts Cameroon 1-0 in Yaoundé but the celebration became completely marred by the fight over their competition allowances and match bonuses. Reports say each player is entitled to about $25,000.
It was a record eighth title for the Nigerian ladies.
The ladies however, returned to their Agura hotel base where they have forcefully remained since their return after Kyari addressed them at the National Assembly ground. Buhari was billed to present the 2017 budget estimate to the lawmakers on Wednesday but eventually made the visit after the players had returned to their hotels.
One of their placards read, “We are your children, pity us.”
But ironically, President Paul Biya has honoured the Cameroonian ladies who lost out to the Falcons.
The Presidency also on Wednesday, summoned the executive members of the Nigeria Football Federation on the Falcons issue. The NFF officials have many times complained on running the national teams after the Nigerian currency totally collapsed against the dollars.