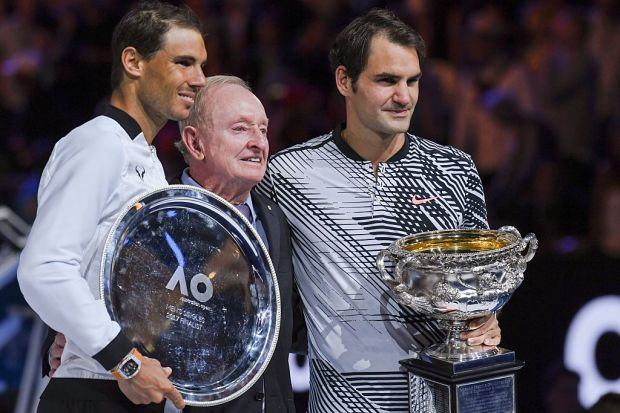 Roger Federer is taking nearly two months off after winning the Miami Open with his only 2017 clay-court tournament being the French Open.

The 35-year-old beat Rafael Nadal in Miami on Sunday, to win his third title since January.

Federer, who sat out the second half of 2016 to recover from a knee injury, says rest will help him prepare for the French Open, which starts on 28 May.

“When I am healthy and feeling good, I can produce tennis like this,” he said

“When I am not feeling this good there is no chance I will be in the finals competing with Rafa,” the 18-time Grand Slam winner told ESPN on court after the win.

“That is why this break is coming in the clay-court season, focusing everything on the French, the grass and then the hard courts after that.

“I’m not 24 anymore so things have changed in a big way and I probably won’t play any clay-court event except the French.”