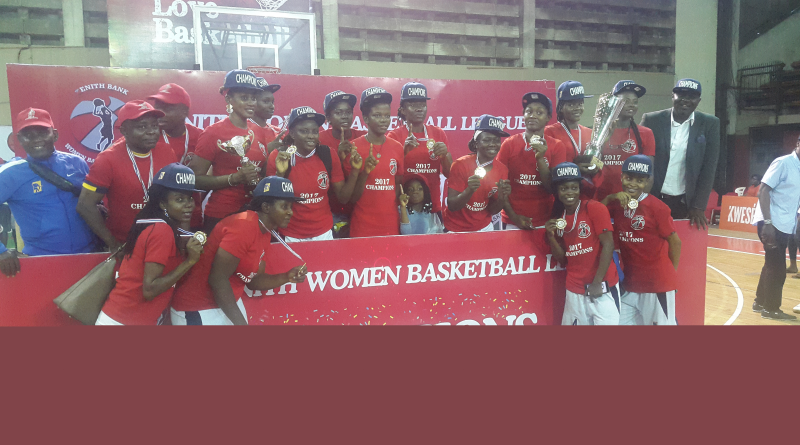 Deepwater coach and a former national off guard Shola Shomala told Extrasportsnigeria.com that they indeed surprised themselves as a team reaching the final game.

She said, “We are just rebuilding and so we started off the league prepared to play to respectable level being former national champions. But midway into the league we realised we could make it to the playoffs and so our determination got to a fresh level.

“At the playoffs we were aiming for a place like 5th or 4th but as the games wore on it became evident that we could push to the limit and here are today playing the final match. This is quite exciting.”

First Bank’s Magdalene Ukato who was named the Most Valuable Player of the tournament hit 20 points while grabbing just two rebounds. Kasham Emmanuel was the biggest scorer of the night but her 23 points could not save Deepwater.

In the third place game former champions Dolphins gave up a 17-point lead to fall 65-63 to IGP Queens. The match was again lively like their preliminary rounds match which Dolphins won by just a point.

First Bank got N1.5m as winners while Deepwater and IGP got N1.2m and N1m respectively. All three teams got different sizes of trophies.