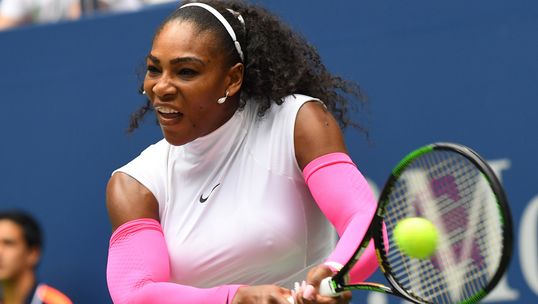 Defending champion Angelique Kerber and world number two Serena Williams are the top contenders at the Australian Open starting Monday. Here are five women who could challenge them:

Radwanska was a semi-finalist in Melbourne last year and has made the last eight in five of the last six years, making her a key threat. Now 27 and ranked three in the world, she is desperate to end her long wait for a first Grand Slam crown and the Australian Open may represent her best opportunity. She won three tournaments last year. Nicknamed ‘The Magician’ for her seemingly impossible shot-making, the Pole lost in the build-up Shenzhen Open this month in the quarter-finals.

The diminutive and aggressive baseliner embarrassingly slumped out in the first round to a qualifier at Melbourne Park last year when seeded two, and will be keen to make amends. It was later revealed the Romanian was struggling with a nose issue and she fought her way back into form to win titles in Madrid, at home in Bucharest, and Montreal in 2016. With Lleyton Hewitt’s old coach Darren Cahill by her side the athletic Halep, 25, will be confident of getting her season off on the right foot and at least matching her feats in 2014 and 2015, when she made the quarter-finals. Heads into the tournament as the world number four and in search of her first Grand Slam title.

The tattooed and tall Pliskova, whose twin sister Kristyna is also on the tennis tour, had a breakthrough season in 2015 when she finished as world number 11, and followed it up last year by making the US Open final where she lost to Angelique Kerber. She is now coached by David Kotyza, who helped guide fellow Czech Petra Kvitova to two Wimbledon titles and has also been working with Caroline Wozniacki. He said this month that Pliskova, 24, had all the attributes to become a Grand Slam champion. She has failed to go past the third round in four previous attempts but has had the perfect preparation by winning the lead-up Brisbane International, which helped her climb the rankings to five.

The tiny Slovak, 27, powered into the 2014 Australian Open final for her best-ever showing at a Grand Slam, losing to Li Na. But she crashed in the first round last year, highlighting her up-and-down career. Undeterred, she bounced back to claim titles at Katowice and Eastbourne before becoming the surprise winner of the end-of-season WTA Finals. It helped propel her to a career-high fifth in the world, although she has since slipped down a notch. It nevertheless makes her a serious contender at Melbourne Park, despite rocky preparations when she was bundled out in both Brisbane and Sydney in round two.

Big-hitting Muguruza announced her arrival as a major force with a shock straight-sets victory over Serena Williams in the French Open final last year for her maiden Grand Slam triumph, but consistency has been elusive. Since making waves at the Australian Open in 2014, she has had to grapple with the weight of expectations. Now 23 and ranked seven, she says the challenges of the past years have served her well in managing the pressure heading into 2017. Known for her powerful groundstrokes, the Spaniard will be hoping to do better than the fourth round, which remains her best effort to date in four Melbourne Park appearances.