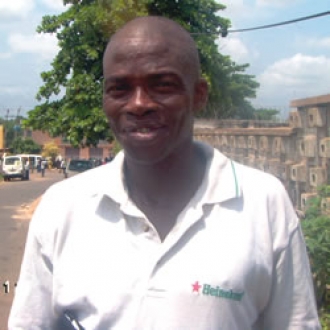 A former Nigerian youth international goalkeeper Raymond King is dead. He died in Lagos on New Year’s Day at the age of 52.

A former teammate of his Taju Disu confirmed via a WhatsApp group platform that the former goalkeeper had been sick shortly.

He was a member of the Flying Eagles squad in 1979/80 and he made the big mark playing for the Shooting Stars of Ibadan especially during the team’s 1984 campaign for the then CAF African Cup of Champions where the team finished as runners-up to Zamalek of Egypt. He would later play for the defunct Abiola Babes of Abeokuta with whom he won the 1987 FA Cup title.

He was said to have been living alone in Abeokuta although he had four children from two women. It was indeed his estranged wife of over 10 years that returned to Abeokuta and moved him to Ikorodu in a bid to save his life. He had worked with the Ogun State Sports Council but had been relieved of his duties. He also worked with Pepsi Football Academy but was said to be unemployed at the time of his death.

Family members have confirmed a meeting within the next 48 hours in order to finalise arrangements for the burial of the player who hailed from Akwa Ibom State.