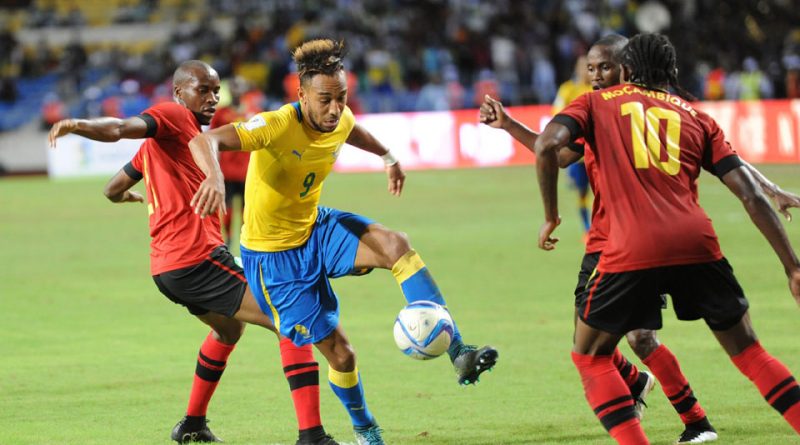 Finally the long awaited day is here. The Africa Cup of Nations gets underway in Gabon on Saturday afternoon as the hosts, spearheaded by the brilliant Pierre-Emerick Aubemayang, face minnows Guinea-Bissau in the tournament’s opening game in Libreville.

The Panthers, coached by veteran Spaniard Jose Antonio Camacho, are looking to the French-born Borussia Dortmund striker to lead their bid to win the continental title for the first time, 60 years on from the inaugural Cup of Nations, AFP reports.

“Pierre is one of the best players in the world. Gabon are lucky to have him,” Camacho admitted at a press conference on Friday in the Gabonese capital as he underlined the importance of the 27-year-old 2015 African player of the year to his team’s cause.

“It will be difficult for Gabon to go far if Aubameyang is not at his best.”

Guinea-Bissau caused a sensation when they qualified for the finals for the first time but while the side known as the ‘wild dogs’ will be desperate to seize their opportunity on the international stage, they could also be forgiven for feeling rather rusty.

After all, Baciro Cande’s team have not played a competitive match in four months.

“Guinea-Bissau have nothing to lose and everything to win. For us it is the opposite,” warned Camacho.

Saturday’s opening match at the Stade de l’Amitie, where Zambia beat the Ivory Coast in the 2012 final, kicks off at 1600GMT and will be followed by a meeting of the other two teams in Group A, Cameroon and Burkina Faso, at the same venue at 1900GMT.

Cameroon have won the trophy four times but come into this year’s Cup of Nations with arguably their weakest ever squad.

And on Friday Broos complained that it might be time for the biennial tournament to be moved to a different period of the year.

“Times are changing. Before, certain players were happy to come and play for Cameroon,” said the Belgian.

“Now some clubs put pressure on their players. Those who are coming to the ends of their contracts prefer to stay in Europe in order to negotiate better deals.

“I think the Cup of Nations needs to be played at a different time of the year. It doesn’t come around at a good time.”

Burkina Faso, the 2013 runners-up coached by the Portuguese Paulo Duarte, will hope to take advantage of their opponents’ troubled build-up.

The build-up to this Cup of Nations has been played out to a backdrop of social and political tension in the central African country following President Ali Bongo’s contested election win last year.

And supporters of Bongo’s rival Jean Ping are planning to stage a demonstration in Libreville on Saturday at the same time as the opening ceremony which will precede the first two games.

Unprecedented violence following last August’s election in the relatively prosperous country of 1.8 million people led to around a thousand arrests and at least five deaths.

Meanwhile, opposition calls to boycott the tournament altogether have come from what Bongo called “a small minority who are forgetting this is a sporting competition” as he inaugurated the new venues in Port-Gentil and Oyem earlier this week.

While many in Gabon have more pressing concerns than the Cup of Nations due to the economic difficulties being experienced in the country, organisers have put half a million tickets on sale for prices ranging from 500 to 40,000 CFA francs ($0.81 to $65).

Matches in the 16-team tournament are also being staged in Franceville in the interior, where the Algeria of newly-crowned African player of the year Riyad Mahrez meet Zimbabwe and Tunisia take on Senegal in Group B on Sunday.

Reigning champions Ivory Coast begin their defence of the trophy against Togo in Group C on Monday.