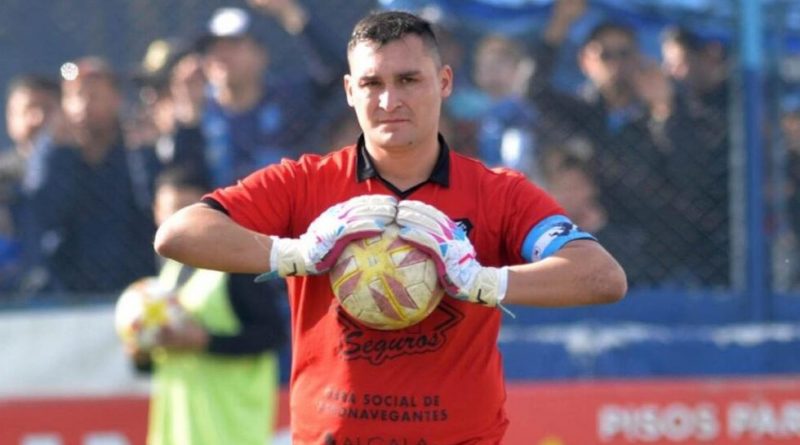 Goalkeeper Joaquin Pucheta is facing a year-long ban after urinating on the pitch during a top-flight game.

The Argentine, 28, plays for Ecuador Serie A club Macara.

He was caught short near the end of their 1-0 win over Orense on Saturday.

The Sun reports that ref Roberto Sanchez sent Pucheta off after Orense players said they had seen the keeper relieving himself behind his goal.

TV footage shows a protesting Pucheta being urged to leave the field by opposing players. Goalscorer Segundo Portocarrero had to replace him between the sticks for the rest of the game.

Reports in Ecuador claim the South American country’s FA could ban him for between three and 12 months.

Macara president Miller Salazar admitted: “Pucheta did in fact go behind his goal to urinate, and that seems to be why he was sent off.”

Local newspaper Primicias said: “Pucheta went behind the advertising boards, and urinated while play was in the opposing half.

“Orense’s players and staff complained to the referee, who showed the goalkeeper a straight red card.”

Pucheta previously played for noted Argentine clubs Estudiantes and All Boys before joining Macara in January.

The fifth-placed outfit could now see their title challenge watered down.

And their Number 1 keeper may also be ruled out for a year.