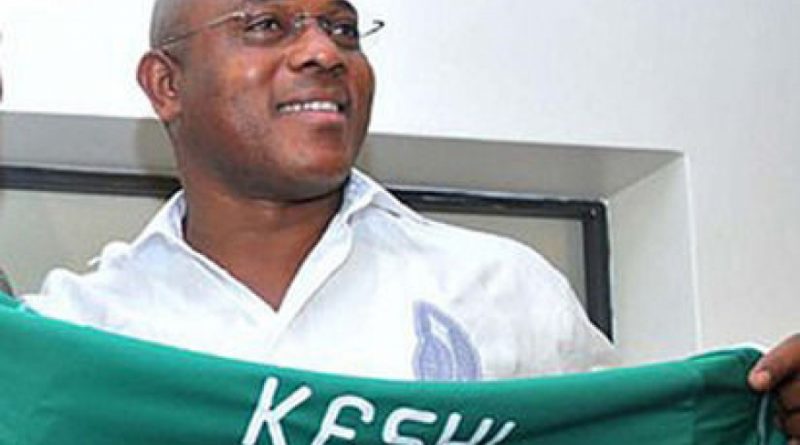 Born in Azare, Bauchi State, Nigeria, Keshi was a member of the famed St. Finbarrs College Football Academy of 1977. He was later called up and played for the Junior Eagles and the Super Eagles in preparation for the 1980 African Cup of Nations competition.

Football took Keshi all over the world, as he played across Africa, Europe, and the USA. Known affectionately as the “Big Boss,” he was beloved as a player for Nigeria’s national team, where he earned more than 60 caps, which saw him featuring prominently at the FIFA World Cup and Africa Cup of Nations.

After his great success as a player, Keshi moved into the next phase of his career – coaching. When the “Big Boss” became coach of the Togo national team, he brought his trademark passion with him. Against the odds, Keshi led Togo all the way to picking a spot for the 2006 World Cup in Germany.

He achieved his personal dream in 2011, when he became the Nigerian national coach, cementing his place in African (and world) football history. Coaching the Nigerian team, Keshi won the African Cup of Nations in 2013.

Keshi is one of only two men to win the Africa Cup of Nations as both a player and a manager, a testament to his wit, talent, and love for the sport.

A big cheer for this football legend, on what would have been his 56th birthday! Keshi died June 6, 2016.

Visit www.google.com to see the doodle.