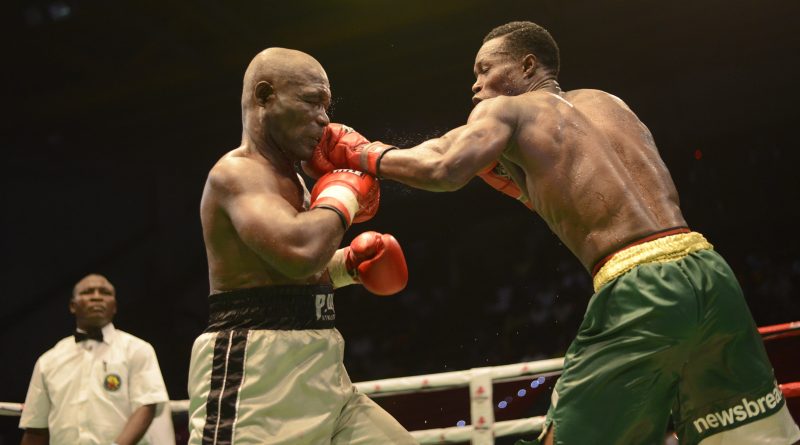 It was indeed a Boxing Day in Lagos on Monday with lots of fight, music and fun at the National Stadium, Lagos. And in the major hit of the night, Stanley “Edo Boy” Eribo, won the African Boxing Union welterweight title when he defeated Ghana’s Isaac Sowah at GOtv Boxing Night 10.

For his impressive performance, he was also voted the best boxer of the night, winning a cash prize of N1.5m. It was his second big haul at the Christmas season as Eribo also won the best boxer award in December 2015.

It was a classic Edo Boy performance, cleverly holding off his bulkier opponent and coming up with telling combinations when it mattered most to win by unanimous decision. GOtv Boxing Night 10 also completed the Oto “Joe Boy” Joseph/Nurudeen “Prince” Fatai trilogy, when the arch rivals clashed for the third time. And it was with the previous duels, Joe Boy, national lightweight champion, won, knocking out the former national champion in the fourth of their eight-round contest.

Also in the lightweight division, Rilwan “Real ” Oladosu defeated Lion “Prince” Nwoye. Both fighters were heavily applauded as they fought from the start to the bell. Another grudge match on the night paired Waidi “Skoro” Usman, national featherweight champion, and his predecessor, Dare “Fighting Machine” Oyewole, who was knocked out by his opponent. In the light welterweight division, rocked by the last minute injury-induced cancellation of the West African title defence by Olaide “Fijaborn” Fijabi, rising star Rilwan “Baby Face” Babatunde defeated Sikiru “Omo Iya Eleja” Shogbesan. The light heavyweight clash of the night ended in defeat to the debuting Emmanuel “Man Mopol” Igwe, who suffered a knockout against Kabiru “KB Godson” Towolawi.