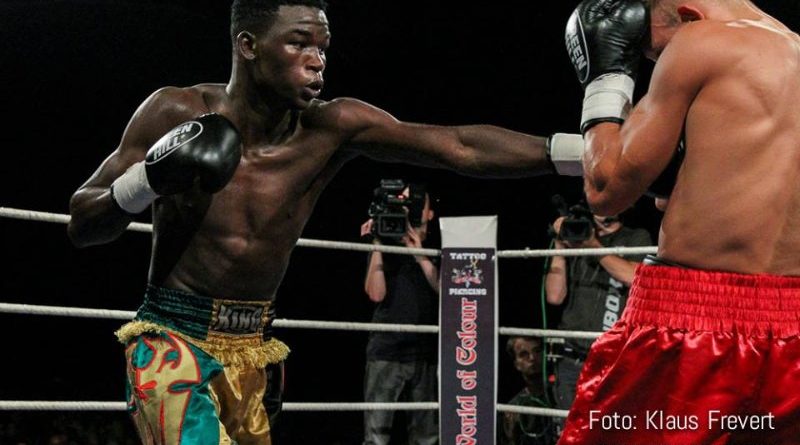 Tanzania’s Ramadhani Shauri, who is billed to fight Nigeria’s Stanley “Edo Boy” Eribo for the African Boxing Union (ABU) welterweight title on October 1, has boasted that he will dethrone his opponent.
The fighter who spoke on Wednesday from his base in Dar es Salam said the reigning champion would have a very short reign, as he has promised his compatriots to take the belt back to Tanzania.
He said, “I am the champion in waiting. Edo Boy will fall. I am not flying to Nigeria for a vacation; I mean business. The belt is mine and nothing will stop me from going back with it.”
Edo Boy will join three other Nigerians fighting for international titles at the event slated for the Indoor Sports of the National Stadium, Lagos.
In the lightweight category, Oto “Joe Boy” Joseph will fight for the Commonwealth Africa title against Israel Kwwamaba of Malawi, while Olaide “Fijaborn” Fijabi will defend his West African Boxing Union (WABU) title against Ghana’s Bilal Ibrahim.
Another international duel will see.
Waidi “Skoro” Usman taking on Tanzania’s Juma Fundi in a challenge bout.
In the three remaining bouts of the seven-bout event, Rilwan “Real One” Oladosu will face Samuel Opaogun in the lightweight category, while Rilwan “Baby Face” Oladosu will swap punches with Tombraye “Tornado” Christmas in the light welterweight category.
In the light heavyweight division, Kabiru “KB Godson Towolawi” will duel with Akeem Adebayo.