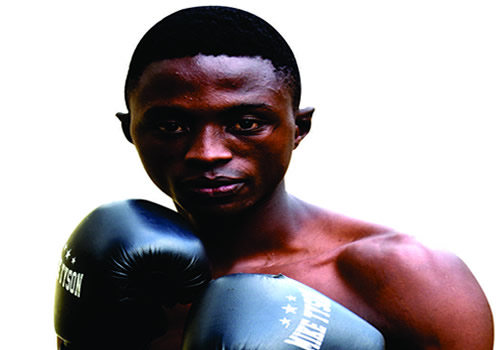 Rising welterweight boxer, Isaac “I-Star” Chukwudi, has warned his next opponent Taiwo “Gentle Boy” Olowu not to dream of lasting beyond three of the eight-round challenge duel.

Their fight is one of the seven lined up to hold at GOtv Boxing Night 22 on New Year’s Day.

I-Star, who is having his fourth professional fight, said Gentle Boy will receive severe punishment on the ring such that he would beg for the fight to be stopped before the end of the third round.                                         “I’m confident that I can finish him off in the first round, but I will do so in instalments over three rounds so that fans can enjoy the fight. He’s a baby when it comes to boxing,” bragged I-Star.

Their fight is one of the three welterweight bouts scheduled for the event. The biggest is the World Boxing Federation (WBF) International welterweight title bout that will see Rilwan “Baby Face” Babatunde take on Mkalekwa Salehe Omari of Tanzania. The other is a challenge bout between Sikiru ‘Lion’ Ogabi and William ‘Kaki’ Amosu.