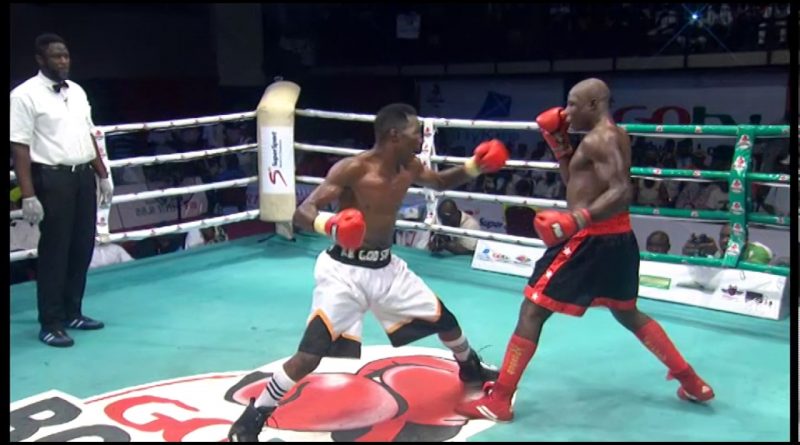 Africa’s premier professional boxing show, GOtv Boxing Night, is set to return and it’s returning in a much bigger way, with participating boxers billed to earn up to N20million in prize monies, Extrasportsnigeria.com reports.

The 11th edition of the show held in Ibadan on 26 March, delivering the biggest ever pay day in Nigeria’s boxing history when Rilwan “Baby Face” Babatunde won the Mojisola Ogunsanya Memorial Trophy and a cash prize of N2million for the best boxer, a shade higher than N1.5million and N1million won by previous winners of the award.

GOtv Boxing Night 12 is tentatively slated to hold September in Lagos, while the 13th edition is billed for December 26. The event organizers, Flykite Sports, said Adewunmi Ogunsanya (SAN), who is the Chairman, GOtv Boxing Night, has given them a mandate to speed up the event’s progress by ensuring that African and Commonwealth title fights are staged this year, while a world title fight will hold at the event next year.

“Our Chairman, Adewunmi Ogunsanya is passionate about the development of the sport and the personal growth of the boxers. He wants a situation where our top boxers can buy cars and homes from their purses,” a statement from the organizers said.

Towards the realization of the mandate, Jenkins Alumona, Managing Director, Flykite Sports, left Nigeria last week to seal agreements with top-tier international boxers in line with the direction GOtv Boxing Night is moving.

The details of Gotv Boxing Night 12 will be unveiled at a press conference in August, the organizers said.

Since debuting three years, GOtv Boxing Night has rekindled public passion for boxing, with each edition held before a capacity crowd. Equally importantly, it has revamped the sport through better organization and financing. The two elements have delivered swanky Las Vegas-style events and better motivated boxers, who earn ten times what they once earned and are insured for every fight. The boxers, who have since become local superstars, have inspired fledgling professional boxers to take the sport more seriously.