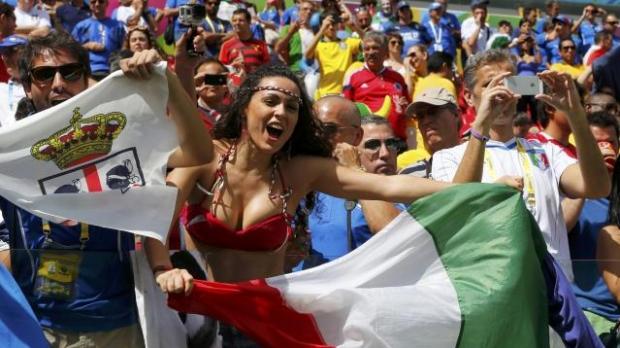 GOtv, the country’s leading terrestrial pay-television operator, has unveiled an exciting line-up of programmes for its subscribers in the upcoming week.

From Saturday, 17 August until Wednesday, 21 August, GOtv subscribers will have access to the best of movies, telenovelas, sport, kiddies, documentaries and general entertainment programmes.

Viewers will be treated to another interesting episode of The Heir, showing on Saturday, 17 August at 8pm on Zee World. Raj tries to warn Manu about Yuvraj, but fails to heed to the advice. Manu participates in the annual village competition which could make her the village head, but Yuvraj is declared winner and crowned as the head.

Lovers of reality television shows will be thrilled with the hot pepper being served on Big Brother Naija “Pepper Them” season, airing 24 hours daily on GOtv channel 29. The housemates continue to struggle in their quest to claim the ultimate prize totalling up to N60 million in cash and gifts. However, one or more of the housemates on the season four of the programme will have his or her dream truncated on Sunday, 18 August, during the live eviction show, which will be broadcast at 7pm on Africa Magic Family. For more information on the show, visit www.africamagic.tv/bigbrother. Follow the official Big Brother Naija handle on Instagram @bigbronaija, on Twitter @BBNaija and on Facebook https://web.facebook.com/bigbrothernaija/.

The 2019/2020 football season has kicked off and football fans have a vast array of fascinating games from various European leagues. Southampton and Liverpool go head-to-head in the Premier League on Saturday, 17 August at 3pm, and it will be shown live on SuperSport Select 2. Also, the La Liga game between Real Betis and Real Valladolid will be broadcast live on Monday, 19 August at 9pmon SuperSport Select 4.

Movie buffs will be thrilled by the action movie, Bad Boy II, starring Will Smith and Martin Lawrence. It will be broadcast on Sunday, 18 August at 7pm on BET. Police Detective Marcus Burnett his partner, Mike, are asked to investigate and halt the drug menace in Miami. The duo track the drugs to a Cuban smuggler, Johnny Tapia, who is also involved in a bloody war with Russian and Haitian mobsters. However, tension builds between the two police officers because Lowrey is romantically involved with Burnett’s sister, Syd.

Also on offer is the intriguing movie, Road to Rhode Island, which will air on Wednesday, 21 August at 4pm on FOX. After Stewie is banished from his grandparents’ house, Brian takes a trip to retrieve the terrible tyke. How will the redemptive adventure end?

Keep up with one of the most popular sisters on television as Khloe Kardashian helps fans who have gained weight get revenge on people, who discouraged them during their weight gain in the new season of Revenge Body With Khloe Kardashian. It airs on Saturday, 17 August at 9pm on E! Entertainment.

For adults with a penchant for documentaries, Donal Macintyre’s Murder Files, showing on Monday, 19 August at 8:10pm on CBS Reality, promises to provide thrills aplenty. Donal Macintyre, a renowned undercover reporter and crime journalist, examines the most horrific and fascinating crimes, interviewing first-hand, the men and women who ensured justice was done.

The kids have also a galaxy of shows to keep them happy on their return from summer classes and during the weekend. One of such programmes is The Lion Guard, showing on Saturday, 17 August at 10am on Disney Junior. A guard is tasked with helping two zany Gorilla princes return to their home in the Rwenzori Mountains. Will the journey turn out to become successful or will there be hiccups on the way?

SpongeBob SquarePants, which will be broadcast on Wednesday, 21 August at 8:50amon Nickelodeon, will also keep the children laughing during this holiday season. On this episode entitled: ‘House Fancy, Krabby Road’, Squidward sees Squilliam on a TV show about fancy homes. SpongeBob thinks Plankton is in a band.