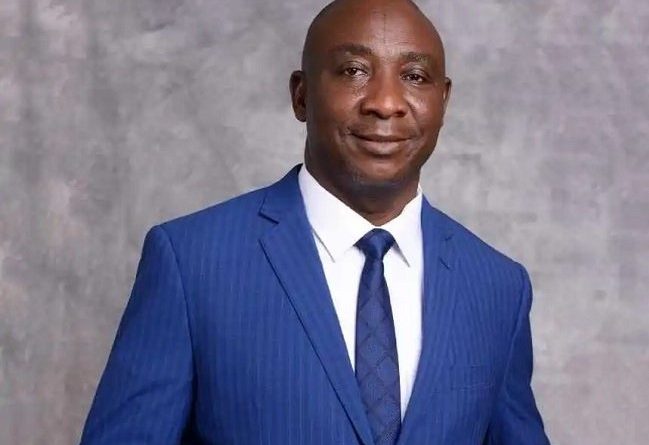 Ibrahim Gusau has been elected the new president of the Nigeria Football Federation. He takes over from Amaju Pinnick who served two terms of eight years.

Gusau who is the chairman of Zamfara FA won Friday’s election in Benin City after winning 39 votes out of a possible 41. He had beaten other candidates scoring 21 votes but needed to hit 22 votes to be declared the winner which forced a rerun with most of the other persons stepping down.

Former international goalkeeper Peterside Idah, who got one vote in the first round, stood for a run-off but still ended up with a solitary vote (with the other invalidated).

The election was held after the NFF won an appeal against a September 15 court injunction that had originally barred it from taking place.

Gusau was an executive member of the NFF board under Pinnick.

The 58-year-old Gusau is a civil servant with the Zamfara Ministry of Finance.

A long time member of the NFF Board Felix Anyasi defeated Senator Obinna Ogba for the position of the First Vice President. Other boards position were still being contested as of press time.