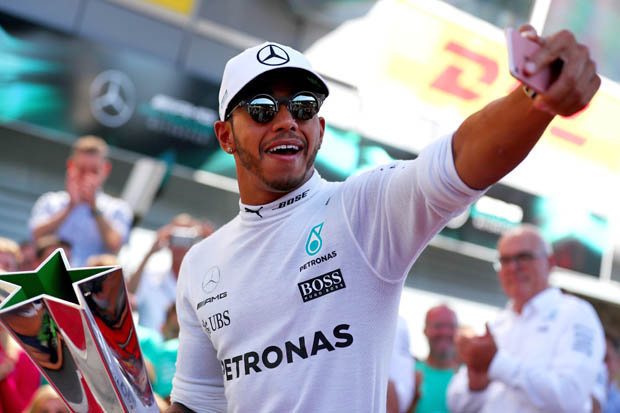 Lewis Hamilton sped past rival Sebastian Vettel to take a dominant victory in the United States Grand Prix but will have to wait at least one more race if he is to win a fourth world title.

The Mercedes driver is 66 points clear of Vettel, who finished second, with 75 available in the remaining three races, according to a BBC report.

The summary of the events the USA means Hamilton is almost certain to win the title in Mexico next weekend. Vettel has to make up 17 points on Hamilton in Mexico City to take the fight to the next race in Brazil. That is the equivalent of the German winning the race with Hamilton finishing sixth or lower.

The formal investiture will take place, in all likelihood, in Mexico City next Sunday, after Hamilton delivered another foot-to-the-floor masterclass to remove any vestige of doubt about where this championship is heading, The Telegraph reports. Vettel was cussed as always, overtaking Hamilton on the opening lap, but the balance of power was restored just moments later as the man of the hour pulled off a sumptuous pass. “I was surprised,” he said, pointedly, “that Sebastian didn’t defend more.”

He was handed a pair of running shoes atop the podium by Usain Bolt, with whom he performed the Jamaican’s ‘To Di World’ victory pose. It was an apt juxtaposition. When the two of them perform at their best, their opponents do not see them for dust. This was a procession under cornflower Texas skies, as Hamilton dominated on a circuit that he has made his own. Vettel, alas, fell victim to a misguided Ferrari strategy. In Japan, it was a spark plug problem, and in Austin it was a question of bungled tactics. Having been sent to the pits twice, while Hamilton settled for one stop, he fell back to fourth, behind both Valtteri Bottas and team-mate Kimi Raikkonen.

Hamilton’s mother, Carmen, and his brother, Nicolas, were both trackside in Austin to savour this latest demolition act.