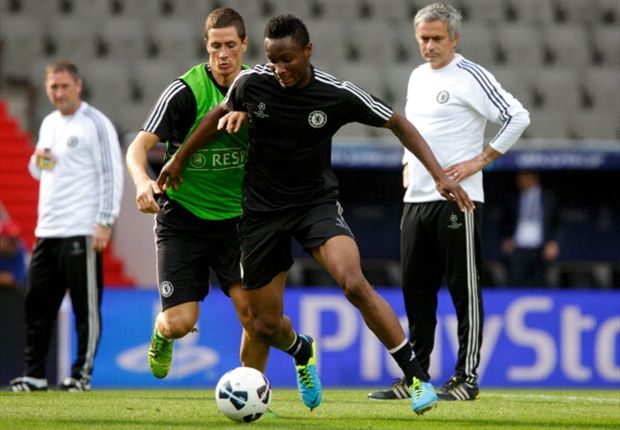 Nearly 13 years after landing at Stamford Bridge in a controversial transfer, Nigeria captain Mikel Obi has sensationally revealed he actually signed for Manchester United first before moving on to Chelsea.

Mikel in an interview with UK based Sun Newspapers said he had a month trial at Man United before signing a provisional contract at the age of 15, which was later upgraded when he turned 18.

The former Lyn Oslo star caught the attention of the world following his quality display at the 2005 FIFA U-20 World Cup in Netherlands. Nigeria finished second to an Argentinean side that featured sensational Lionel Messi.

The Super Eagles captain says Jose Mourinho assured him of getting adequate time on the pitch – an assurance that underlined his decision to play for Chelsea.

Mikel said, “Alex Ferguson would call me into his office after training, point at the players’ plush cars in the car park and say: “If you work hard, next year you’ll be driving one of those. You are going to play for this club and you are going to be rich”.

And then Mourinho put his cards on the table.

“Roman Abramovich organised six cars to get me there. It was like a military operation. I started in one car, then the drivers would talk to each other and suddenly I was dropped off and then picked up by another car.

“Once there, Jose told me, ‘The boss really wants you. I’ll play you and make you what you want to be.’ That really helped as there were times when I thought: “Have I made the right decision?”,’ Mikel told the Sun.

Mikel also revealed Barcelona were waiting to pounce if FIFA ruled against Man United or Chelsea, but Chelsea later got their man after agreeing to compensate Man United with £12m aside the £4m they paid his then club Lyn Oslo.

“I had Barca waiting to pounce if the legal wrangle couldn’t be sorted, but felt obliged to sign for Chelsea as they’d looked after me.”