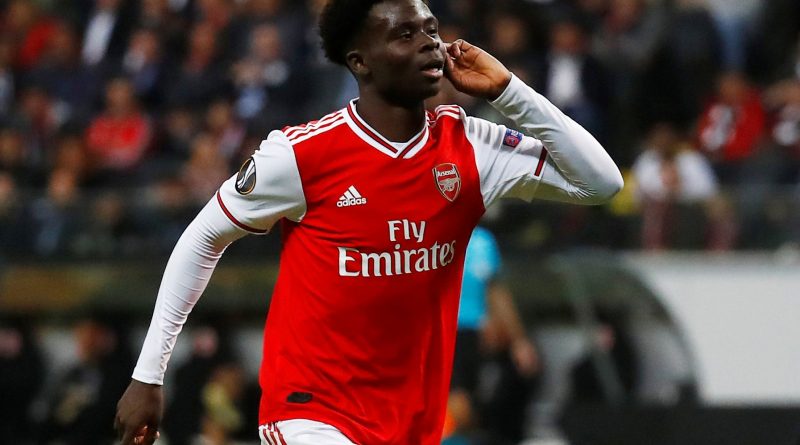 Gareth Southgate has said he didn’t speak to Bukayo Saka specifically about the Arsenal youngster’s “tough choice” of picking England over Nigeria.

When asked whether he had to convince Saka about his international future on the back of his previous comments, Southgate said: “I’ve not talked specifically to Bukayo about that.

“I think so many of our players are eligible for dual-nationality, sometimes more than two countries.”

After his breakthrough into the Arsenal first team last season, Southgate was full of praise for what the 19-year-old could bring to the table.

“We have been impressed with his progress through our system and I thought at times last year for Arsenal he was really exciting,” he said.

“Everyone that has worked with him tells me he is a level-headed, intelligent boy.

“It’s an area of the pitch we are looking for a different profile of player, and he can play a number of different roles very comfortably.”

Saka told Sky Sports in July that he had a difficult decision to make when it came to international football, and whether to stick with England after progressing through the youth ranks, or switch to Nigeria.

“It’s a tough choice,” Saka said at the time. “I’m happy to have represented England at youth level but I’m also proud of my Nigerian heritage from my parents.

“We haven’t been picked by any team so it’s about staying humble and when the time comes we’ll make the decision.”

That time has now come – as Southgate handed Saka his first senior call-up to the England squad, following Thursday’s announcement.

The Arsenal youngster will be part of the Three Lions side for the friendly with Wales and then Nations League fixtures against Belgium and Denmark.