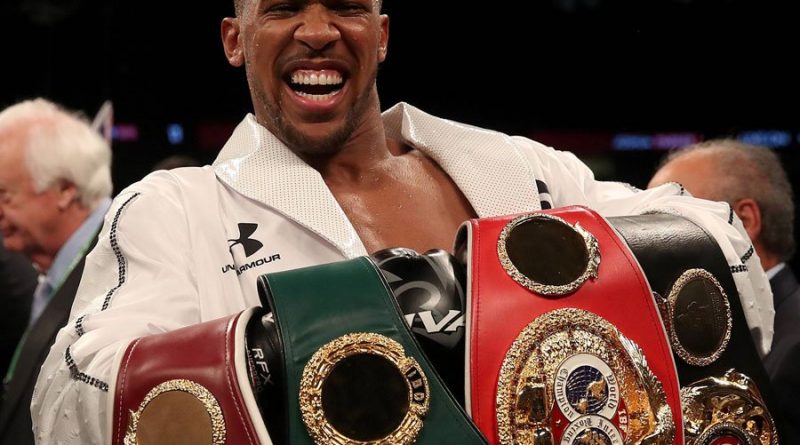 ANTHONY Joshua has confessed that he almost walked away from boxing at the start of his career – because he could not bear the gruelling training sessions.

The current unified heavyweight champion first laced up the gloves as an 18-year-old after being invited down the Finchley amateur club by his cousin.

Despite going on to become ABA and Olympic champion before turning pro in 2013, AJ nearly quit after exhausting days in the Team GB set up.

He told The Sun UK: “You know what kept me going in this boxing thing as well?

“I got so many stories. I was at GB Boxing, I used to train at Finchley maybe, what, three times a week, and we used to train Monday, Wednesday, Friday.

“I used to think, ‘Yeah, that’s enough’. You know what I’m going to do, I’ll win the ABA’s, turn pro and all that malarkey, it was just a simple route.

“Then I learned about GB Boxing, and I was like, ‘What? There’s Olympic boxing? What’s all this about?’ Remember, I was only boxing amateur for three and a half years.

“So anyone I’ve coming through and I’ve trained four times in one day, they used to make me train four times a day.

“But what I realised is that as long as this s*** isn’t going to kill me, I can always come back tomorrow, right?

“So that’s what I said, I said I’m going for broke and I had that mentality and that’s where Stay Hungry came from. You gotta’ stay hungry, stay motivated.”

After winning gold at the London Games in 2012, it took Joshua just four more years to capture the world title, beating Charles Martin in two rounds.

The 6ft 6in 30-year-old recalled his journey from the place it all began, Finchley ABC, and insisted his mental strength outweighs his physicality.

Joshua said: “How many years on? 12 years on and we’re still here, no stopping.

“I’ve seen the biggest and strongest men they can’t come in here they fold after three minutes.”

Joshua has returned from Marbella – where he bumped into Tyson Fury – to London as he continues his training camp.

The WBA, IBF and WBO champion is set to make a mandatory defence against Kubrat Pulev, 39, at the end of the year.

Should he win, a verbal two-fight agreement against WBC king Fury, 31, is in place for 2021 – but contracts are yet to be signed.