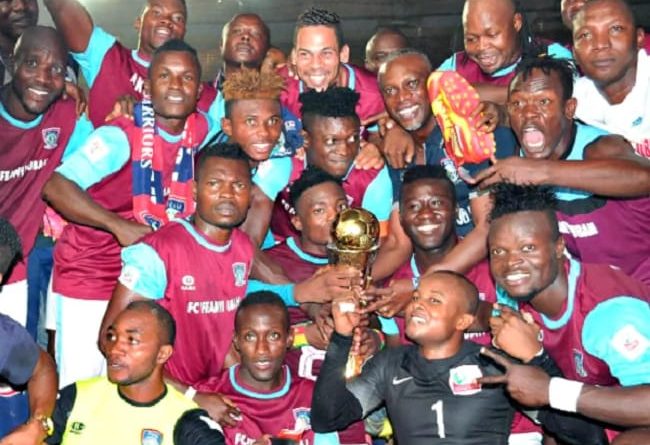 IfeanyiUbah FC Wednesday won the Charity Cup after they defeated Rangers 4-3 on penalties. Both teams had failed to score within regulation time in the match played at the Abuja National Stadium.

Daniel Etor who just signed for league champions and Godwin Aguda made several raids at the IfeanyiUbah defence at the start of this encounter inside an empty Abuja National Stadium.

Fans of Rangers had their hopes raised when in the 33rd minute, Ghanaian defender of IfeanyiUbah Kojo Bah was sent off after his second booking for a late tackle. The Charity Cup winners would again suffer another setback when their captain Olamilakan Adeleye was forced out by injury. Stephen Eze took his place. The first half eventually ended goalless.

Despite their numerical advantage, Rangers were disappointing with the winners the more enterprising team. Yaya Kone in the  Ifeanyi Ubah colours made good grades in the second half of the game but both sides still failed to break down their opponents forcing the game to be decided on penalties.