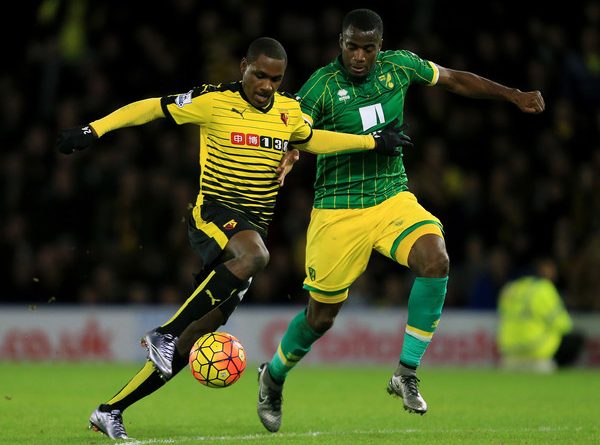 Watford front-man Odion Ighalo believes a win on Boxing Day can give the Hornets the lift they need to put a bad run of results behind them and kick-on in 2017.

“We need to make sure we win on Monday to continue the momentum into the new year,” he the club website after training at UCL on Thursday.

“We’re working hard. We’ve had bad results lately but we’re okay, the manager is doing everything it takes to make us solid.

“When you look at the teams we have beaten this season, West Ham, Leicester, Manchester United, it’s a great achievement for us. We know we can beat any team in this league on our day.”

The manager may be quite optimistic but fans Ighalo may not see him on the pitch this time. The Nigerian has struggled for form this season, failing to hit the heights of the last season where his scoring form attracted interest from Manchester United.

Mazzarri admits that Ighalo’s form could be better and that he may not select the striker for the lunch time kickoff.

“For strikers not to have positive moments during the season, it can happen.

“We’ve had problems with many injuries which hasn’t helped (club captain), Troy (Deeney) or Odion (Ighalo) as they haven’t had a chance to rest, we couldn’t take them out to play other players.

“Troy has always been playing and when Ighalo went out the team for a couple of games, then he came back more rested and he was more positive and he is getting his form back.

“Now we’re hoping to get (Nigerian striker), Success (Isaac) and (Stephano Chuka) Okaka back, and this will help both players to rest and come back in form,” Mazzarri said in his press conference on Friday.

Ighalo has scored just one league goal in 14 matches this season.