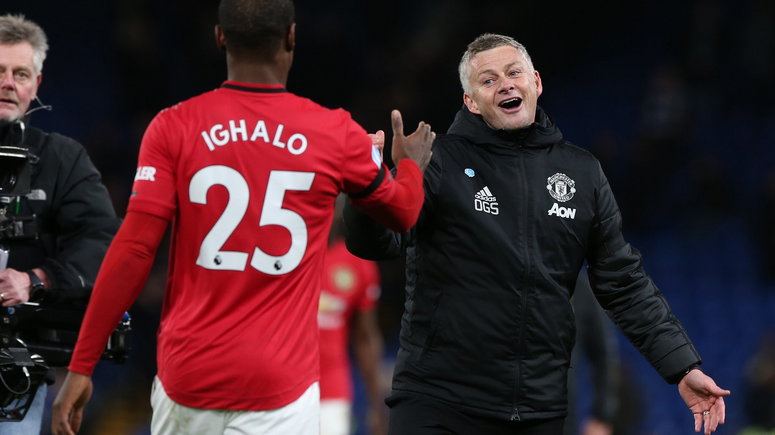 Odion Ighalo is “edging ever closer to an extended stay at Manchester United” after it was revealed the Chinese Super League’s foreign players are set to be banned from returning until October.

Ighalo moved to Old Trafford on a short-term loan deal from Shanghai Shenhua back in January, but despite impressing in his spell in England his future is currently unclear amid the coronavirus pandemic.

The striker’s loan deal is set to expire this Sunday, leaving him in limbo between England and China, but his agent has now revealed that an extension is close to being agreed, according to a Daily Mirror report.

“On the one hand, the Super Eagle (Nigerian) feels very good in Manchester with which it is very close to a salary agreement,” Ighalo’s agent Ladi Salami told FootMercato.

“Negotiations with the Chinese are ongoing and are going well. On the other hand, in view of the latest regulations in force in the Middle Empire, it is almost impossible to offer such amounts.”

The news of Ighalo’s potential extension to his time at Manchester United comes amid reports in China that foreign players may not be able to return to the country until October – despite the new season being set to start next month.

Up to a third of the Chinese Super League’s players are currently outside of China and face being refused entry until much later in the year, according to Sike football reporter Miao Yuan.

Ighalo is among a huge group of players and managers that fall into that category, including Dalian Yifang manager Rafa Benitez.

The ex-Newcastle boss, and two of his new signings Marcus Danielson and Sam Larsson, have been waiting for news in Hong Kong on when they will be allowed back into mainland China amid the pandemic.