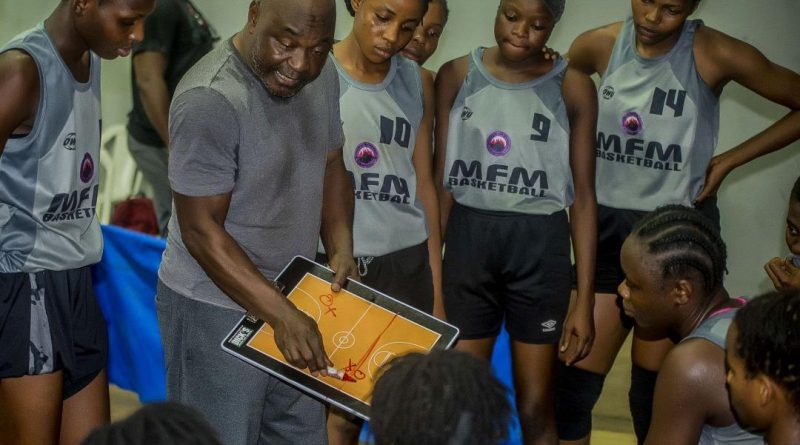 Inspector-General of Police Queens started their campaign at the inaugural D.K Olukoya Girls Basketball championship with a hard-fought 50-47 victory over a very inspiring Delta Force side. The Queens had a rough start to the game losing the first quarter 9-12 but they fought back in the second quarter to take a one-point lead at 21-20 at the break.

However, Delta Force reacted faster after the break but ran out of steam late in the 3rd quarter setting up a nervy 4th quarter which was edged by the IGP Queens 29-27. The other games in Day 2 saw First Bank blow out the War Queens of Sango Ota 78-22 while Sunshine Angels outshined Raptors Girls 52-37.

Sunshine Angels and First Bank will battle at 1:00pm and the Shade Olukoya Girls, MFM will play the final match of the day against wounded Delta Force at 2:30 pm at the Molade Okoya Thomas Hall of the Teslim Balogun Stadium, Lagos.