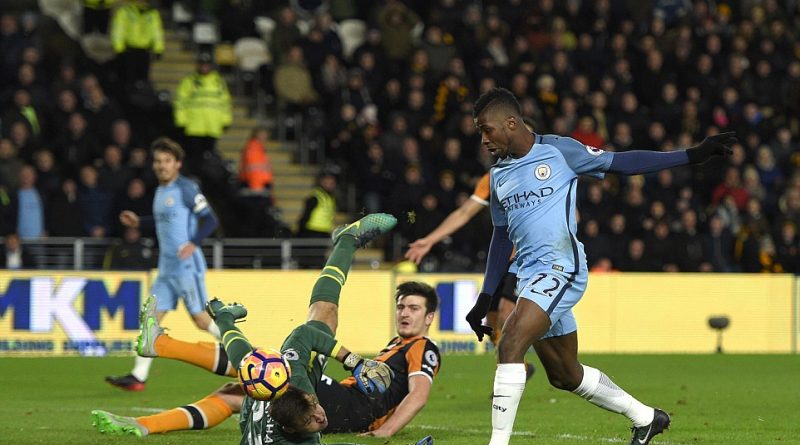 Kelechi Iheanacho scored his fourth league goal on Boxing Day for Manchester City this season after he came off the bench in their 3-0 win over Hull City. The win moved City to second place on the Premier League table.

Iheanacho was brought on in the second half and doubled City lead in the 78th minute, when he finished off a superb attacking play with an assist by David Silva.

City had opened scoring after Yaya Toure was awarded a penalty, after Andrew Robertson’s clumsy challenge on Raheem Sterling. Iheanacho added a second and Curtis Davies conceded an own goal in the last few seconds. City have now climbed to second spot on 39 points, seven points behind leaders Chelsea. Hull City are stuck at the wrong end of the table with 12 points.

The happy Nigerian attacker poured out his emotion via Twitter soon after the game. He wrote, “Another huge 3 points for the team. 3 in 3 and we keep going. Very pleased to be on the scoresheet as well.”

City Coach, Pep Guardiola said, “I enjoyed it because we won but like always had to work hard for it.

“In the first half we forgot where the goal was, in the second half, our strikers saw the goal a bit more and after the first goal it was easy.

“There is always pressure for us because the top of the league is tough and the other teams at the top had won today. Every game we play is like a final.”