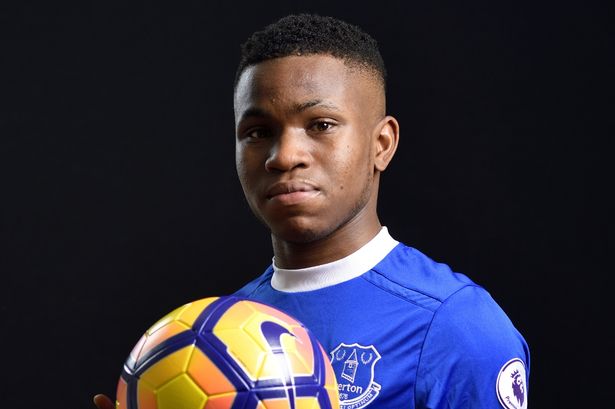 Everton striker Ademola Lookman has underlined his desire to remain with England. The youngster who made his debut for Everton this term said that he is happy representing the English national team. He spoke in his first interview since his goal scoring debut in Everton’s 4-1 thrashing of Manchester City last weekend.

There has been interest from the Nigerian FA on holding talks with the 19-year old, who has represented England at various youth level to switch to Nigeria at senior level, but it appears those speculations are way off the mark.

“I have progressed a lot the last few years, I have a very sweet experience at Charlton, learning and working my way up, which I believe is why am at Everton,” Lookman said.

“Playing for England U19s has also helped my career a lot. It got me exposed and there’s a whole joy that comes from playing international football, something I experienced with England”.

It remains to be seen whether Everton coach, Ronald Koeman would give Lookman a chance when they travel to face Crystal Palace this weekend.