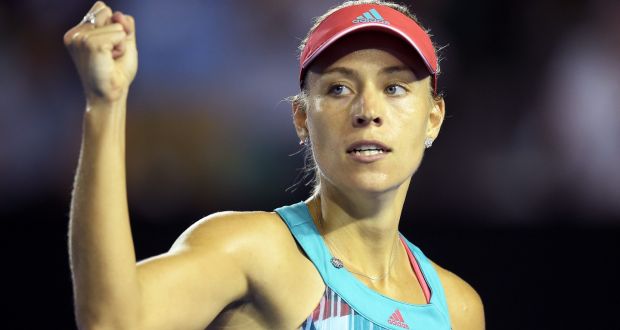 Germany’s Angelique Kerber said Sunday she was enjoying the pressure of being the world’s top-ranked tennis player as she prepares to get her 2017 season underway.
Speaking ahead of the Brisbane International, Kerber conceded she would be under more pressure in 2017 as the world number one but was not letting it get to her.
“I think it will be a completely different year than 2016,” she told AFP.
“There are a lot of challenges that I have now, and I think I’m ready. Of course the pressure is there but it’s a different pressure now.”
Kerber said she was initially surprised at the attention she had received since reaching number one last September.
“The biggest thing was that I have so many things to do,” she said.
“It was a really big thing here, and in Germany, and everywhere, so that surprised me a lot. I’m actually just trying to enjoy it — I’m still enjoying it.”
Kerber had a breakthrough 2016, winning two Grand Slams on her way to becoming number one.
But asked when her run to the top began, Kerber pointed to the first round in Brisbane last year, when she rallied from a set down to beat Italy’s Camila Giorgi 5-7, 6-3, 6-0.
“Starting here with my first round where I played on court one, I think, and I lost the first set,” she said.
“Then we had a rain delay and I came back after losing the first set and I won that match.
“So this was the start of my journey in 2016, here in Australia, because then I played every single round better and better.
“And then, of course, the final (which she lost) against Vika (Azarenka) here was not bad and I went to Melbourne with a lot of confidence.”
Kerber went on to beat Serena Williams at the Australian Open to win her maiden Grand Slam, lost to the American in the Wimbledon final, before downing her again to win the US Open and become the first German world number one since Steffi Graf in 1996.
Kerber has been given a bye into the second round, where she will play either Australian wildcard Ashleigh Barty or Serbian qualifier Aleksandra Krunic.