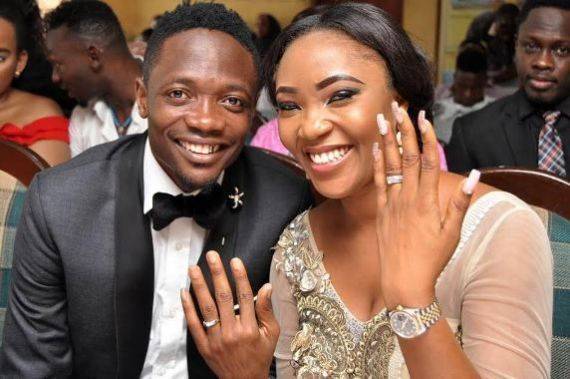 Super Eagles may have wobbled against South Africa on Saturday by Nigeria and Leicester City winger Ahmed Musa says he has found true happiness once again after marrying his second wife.

The attacker who divorced his wife of four years and mother of his two kids, Jamila, earlier this year before marrying Juliet Adeh last month has said life is much sweeter now, Extraspoprtsnigeria.com reports.

He said, “Marriage is not new to me but I believe it was a right move to make when I did. The past remains in the past.

“I’m happy now and I think well and I can focus on my game which suffered a bit.”

A major sign of troubled times with his former wife became public when he was reportedly questioned by the British police over allegations of domestic violence on a weekend Nigeria and Senegal played a friendly match in London in March. Jamila returned to Nigeria soon after.

The former Kano Pillars player who scored four goals in 32 appearances Leicester in all competitions is expected to battle for a starting place with the English side. A lot has been written about Musa’s possible departure from the team this summer but his manager has said Musa remains with Leicester.