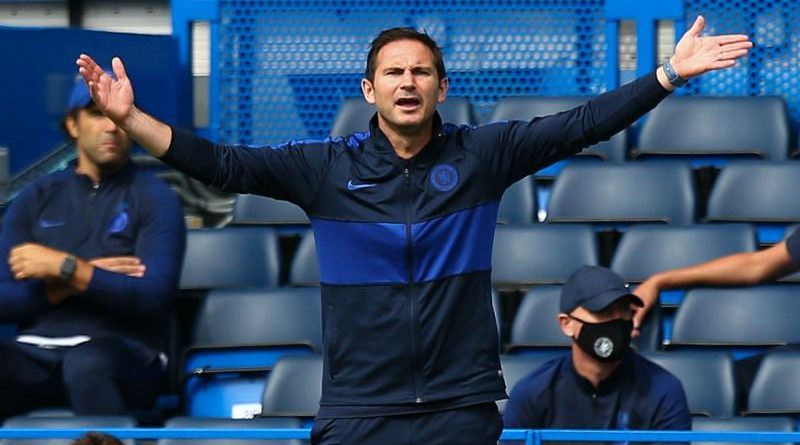 FRANK LAMPARD has spoken out for the first time after his sacking as Chelsea manager.

The club legend and record goalscorer was dismissed on Monday.

Breaking his silence, Lampard, 42, said: “It has been a huge privilege and an honour to manage Chelsea, a club that has been a big part of my life for so long.

“Firstly, I would like to thank the fans for the incredible support that I have received over the last 18 months. I hope they know what that means to me.

“When I took on this role I understood the challenges that lay ahead in a difficult time for the football club.

“They are the future of the club.

“I am disappointed not to have had the time this season to take the club forward and bring it to the next level.

“I want to thank Mr Abramovich, the board, players, my coaching team and everyone at the club for their hard work and dedication, especially in these unprecedented and challenging times.

“I wish the team and the club every success for the future.”

Lampard, who won three Premier League titles and one Champions League as a player at Chelsea, arrived as boss in 2019.

He led the Blues top a top-four finish and an FA Cup final in his first year in charge.

But, after over £200million spent and a dismal run of league form the iconic former midfielder was dismissed.

He leaves Chelsea ninth in the table and is statically the worst manager under the Roman Abramovich era.

Despite the harsh stats and facts, Lampard is still beloved by Chelsea supporters with some fans slamming the decision to sack him.

The Russian billionaire wrote: “This was a very difficult decision for the club, not least because I have an excellent personal relationship with Frank and I have the utmost respect for him.

“He is a man of great integrity and has the highest of work ethics. However, under current circumstances we believe it is best to change managers.

“On behalf of everyone at the club, the board and personally, I would like to thank Frank for his work as head coach and wish him every success in the future.

“He is an important icon of this great club and his status here remains undiminished.

“He will always be warmly welcomed back at Stamford Bridge.”

Chelsea have acted swiftly in producing a replacement, turning to German Thomas Tuchel.

He is set to travel to London to finalise the deal – believed to be an 18-month contract – but is subject to coronavirus quarantine rules.

If Tuchel gives two negative samples, one before leaving Germany and another before entering Chelsea bubble, he will be allowed to work at training and games.

Chelsea hope to have their new manager in the dugout by Wednesday, when they host Wolves at Stamford Bridge.