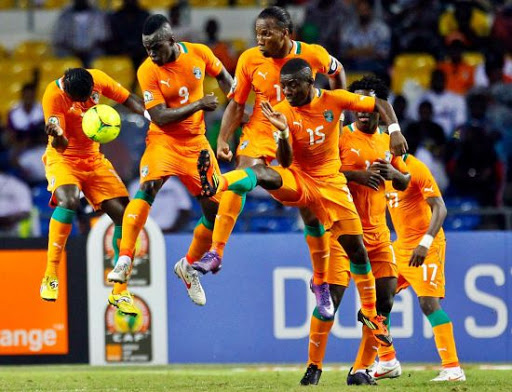 Ivory Coast will play Belgium and Japan during the next international break in October, the Ivorian Football Federation has confirmed.

They were initially scheduled to play Nigeria on October 9 in Austria but the Nigerian Football Federation stated on Friday that their West African neighbours pulled out of the encounter due to internal problems.

Ivory Coast will now travel to Brussels to take on Belgium on October 8 at the King Baudouin Stadium before battling Japan five days later at the Stadion Galgenwaard, Goal confirmed.

Next month’s matches in Belgium and the Netherlands are expected to prepare the 2015 African champions for their double-header fixtures against Madagascar in their 2022 Africa Cup of Nations qualifiers.

“After a little more than 10 months of inactivity, the Elephants of Cote d’Ivoire will resume service during the next international break scheduled for October 5 to 13,” read a statement on the FIF website.

“Two friendly matches are planned for this purpose. The first against the Belgian team on October 8 at the Roi Baudoin Stadium at 20:45 local time and the second Japan-Cote d’Ivoire on October 13 [time to be confirmed] at the Galgenwaard Stadium in Utrecht in the Netherlands.”

The games would be Patrice Beaumelle’s maiden outings as the national team coach since he succeeded Ibrahim Kamara at the helm in March.