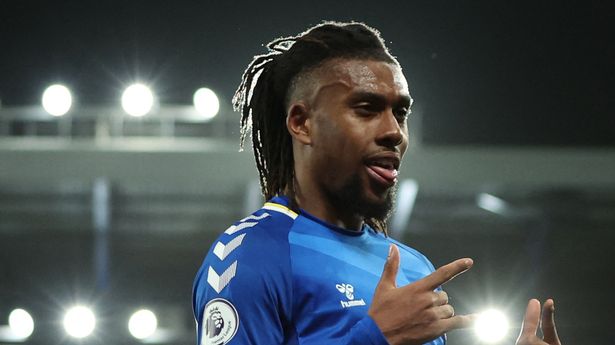 Super Eagles midfielder Alex Iwobi supplied the assist for Neal Maupay’s goal that helped Everton to their first win of the season. It was a Sunday afternoon game against West Ham.

And across to Brentford, his Nigeria teammate Onyeka came in a substitute as the club fell 3-0 at home to Arsenal.

After a great performance against Liverpool at Goodison Park two weeks ago, Everton were looking to do one better and claim their first three points of the season when they welcomed West Ham.

It was not a pretty display from the Toffees, but they gave an effective performance. After a goalless first half, Everton increased the tempo, and Iwobi was at the heart of the action.

Frank Lampard’s lad finally got their breakthrough eight minutes after the break. Iwobi played a beautiful pass into the path of Neal Maupay, who sent a sublime shot past Fabianski in the West Ham goal to make it 1-0.

Iwobi has a good game in the middle of the park. The former Arsenal man registered 74 touches and an 83 percent pass accuracy.

West Ham were close to leveling the scoreline before fulltime, but Everton hung on and saw out the 1-0 victory– their first of the season.

The win takes Everton to 13th position on the Premier League table.