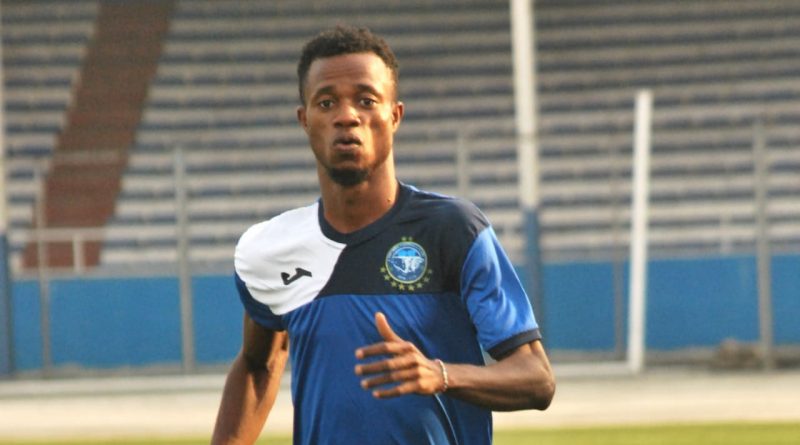 Samad Kadiri made a match-winning contribution on his Enyimba debut as his second half goal handed Enyimba a 1-0 win against Abia Warriors. The game was played on Tuesday at the Enyimba Stadium in Aba.

Enyimbafc.net (the team’s official website) reports that Kadiri stepped up to convert from the spot after Fatai Abdullahi handled Philip Ozor’s shot inside the box.

After missing out of the team’s opening three Champions League fixtures – largely due to injury – the attacker announced himself early in his first Abia derby as his energetic start drew attention in an empty Enyimba Stadium.

The game’s first chance however fell to Orok Gabriel, who was set up by Stephen Manyo, but the winger miscued. Orok was again involved shortly after with a splitting run that forced Ojo Olorunleke into a double save.

Philip Ozor played Sadiq Abubakar one-on-one with Olorunleke, but the keeper made himself big to divert the effort wide.

Orok flopped another chance after the restart, before the enterprising Ozor saw his levelled strike come off the arm of Abdullahi for a chance from the spot, which Kadiri coolly converted to become the first player after Martins Usule to score on his NPFL debut for Enyimba.

The striker had another chance to get his brace but misfired from close range after receiving a fine pass from Manyo.

The result means Enyimba have won the last five meetings with Warriors. Warriors got their last win in 2016.

Enyimba will face Kwara United in another NPFL fixture on Saturday in Ilorin, before returning to Aba to face Al Merrikh in the CAF Champions League next Wednesday.