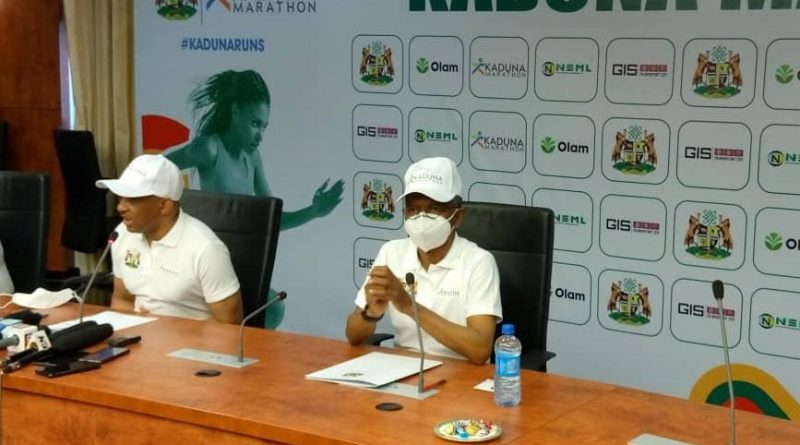 Governor Nasiru Ahmad El-Rufai of Kaduna has announced that he has already registered to participate in the forthcoming Kaduna International Marathon. He will however keep to a 5km limit. He spoke in Kaduna on Saturday to introduce the maiden Kaduna Runs 2020 scheduled for November 21. The event is expected to gulp N300 million with 10 elite athletes expected from across the world.

The Kaduna State Government is hopeful that the marathon will also attract investments to the state.

Addressing a world press conference on Saturday at Sir Kashim Ibrahim House, Kaduna, Gov El-Rufai said the 21km half marathon, with the theme “Let’s Run Together” is aimed at talent hunting, engaging the youth and attracting investment opportunities to the state.

The Governor said at the briefing: “Ten elite male and female athletes have been invited with over 50,000 local and international runners expected to participate.

“Kaduna Runs is designed as an annual sporting event of economic benefit to all. We hope it would help Kaduna state as an investment hub and spotting talent.

“Kaduna Runs is fully funded by sponsors and participants who registered to run. Kaduna runs is designed as a family and all-inclusive affairs, it is 13 miles so it is less strenuous than a full marathon. Registered runners can drop off at any point, as participants can run 5km, 10km. I have already registered and I would not do more than 5km.

“We intend to raise the prize money and in 2021, we intend to put a line budget and double the prize money. It would be sustained until 2023 when we would leave office. Sports is a source of health and livelihood, a way of getting youths engaged and a business that can export footballers, athletes, basketballers. We want to revive Kaduna clay court tennis tournament, make Kaduna annual governors tournament to be an international golf event.”

Consultant to the Kaduna International Marathon 2020 Mr Bukola Olopade said Kaduna used to be known as a producer of sports talent, but now “Kaduna State has grown from a provider of sports talents to providing the infrastructure to develop the talents. We want to bring everybody together to participate – the young, the old, the villagers, the city people, especially the women.”

The Kaduna State Commissioner for Sports Development, Prof Kabiru Mato, said the Kaduna International Marathon is part of the foundation to bringing the state back to its past glory as a provider of sporting talents.