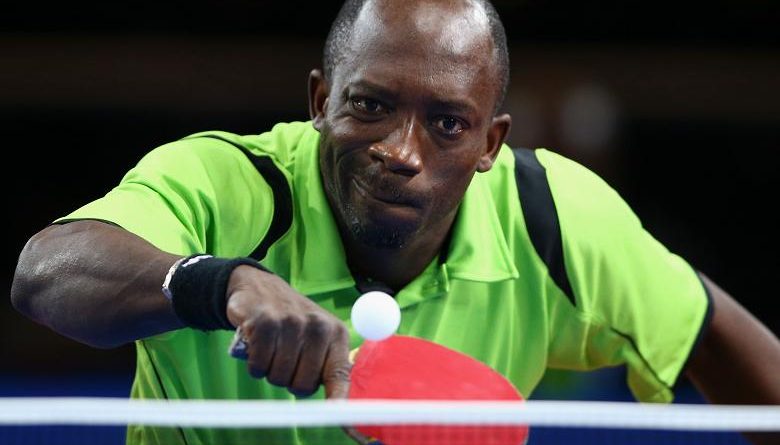 Kenya Table Tennis Association has invited Nigeria’s Segun Toriola to train its players in a five-day training camp in holding in Nairobi.

A report reaching www.extrasportsnigeria.com states that the Chairman of KTTA, Andrew Mudibo, has confirmed the Nigerian’s scheduled arrival in Kenya to be Monday, December 19 for the programme. The camp is billed to start off December 20 in the Oshwal area of Nairobi.

Mudibo said Toriola would be in the country to work on the current national team players and top juniors from across the country. The training sessions will be held at Oshwal Nairobi from Tuesday through to the 24th

He said, “Bringing in Toriola goes a long way in whipping up the enthusiasm of our young budding players some of who have aspired to follow in his footsteps. Toriola has always aspired to inspire young players and fits the bill in his end of year trip.

“As part of the Tucheze Tebo initiative, we have invited Toriola to come and impart some vital table tennis techniques to our juniors and members of the national team as we prepare them for the new season. We believe his wealth of knowledge will be useful to our players because he is still the best in terms of technical skills in Africa.”

Toriola who beat Kenya number one Anthony Mathenge in the preliminaries of the ITTF Africa Olympic qualifiers in Khartoum last February is among the few experts KTTA and ITTF have invited on technical assignments.

Others are France-based ITTF expert Ronald Mugwanya who has run two coaching and umpiring courses, Egyptian Ahmed Dalwatly who ran Africa Hopes Week in Nairobi and previously Pakistani former world-ranked Arif Khan who prepared the Kenya team in the run up to the final London Olympic qualifiers in Doha.