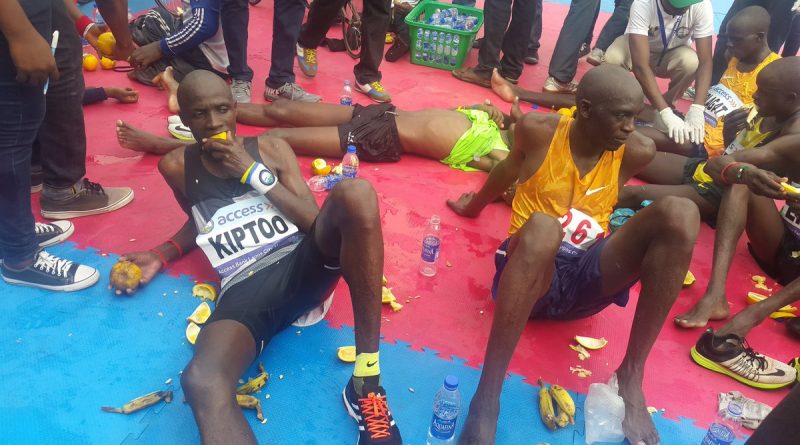 Kenya’s Abraham Kiptum has defended his title by winning the 2017 edition of the Lagos City Marathon. He won the international category.

Hosea Kipkemboi also of Kenya finished second and Ethiopia’s Debebe Tolosa in third place and they got $40,000 and $30,000 respectively.

Kiptum won the $50,000 prize for the first finisher presented to him by the Governor of Lagos State, Akinwumi Ambode, and Access Bank Managing Director, Hebert Wigwe.

In the women category Halima Hussein Kayo of Ethiopia was first while Kenya’s Alice Timbilil of Kenya followed. Aberash Feyase of Ethiopia won the third position.

The race started at the National Stadium in Surulere and terminated at Eko Atlantic City on Victoria Island, Lagos.