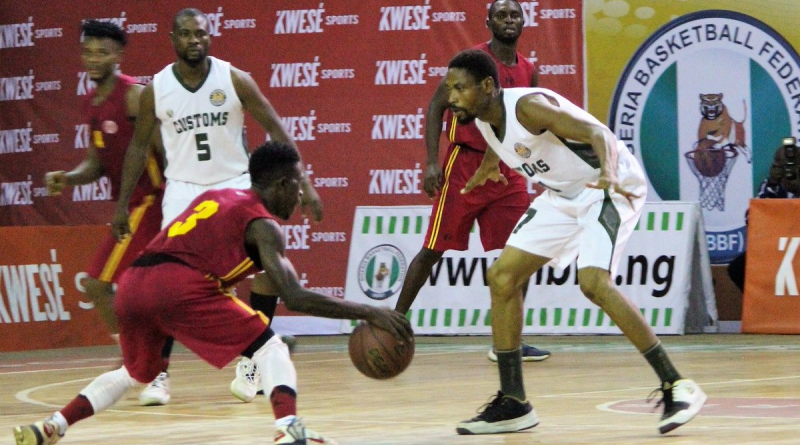 Pius Ayinor
Kwese Premier League, Conference Six playoffs began on Monday in Kaduna for the Savannah teams with the Atlantic Conference teams billed to start on Tuesday, Extrasportsnigeria.com reports.
The Atlantic Conference playing at the Sports Hall of the Kwara State Sports Complex, Ilorin with the top six clubs in the Conference had theirs scheduled delayed to tip off on Tuesday. The teams arrived on Monday for the contest to qualify for the grand Final Eight tournament. The Atlantic Conference teams are Kwara Falcons who topped the conference table with 51 points from 28 games, Rivers Hoopers with the same 51 points but inferior goals’ difference. The other teams are Hoops & Read, Customs, Oluyole Warriors and Police Batons.
Kano Pillars on Monday opened their playoffs with a big win over Gombe Bulls at 104-97. The Bulls came second behind Pillars at the close of the regular season.
Pillars’ Abubakar Usman, who has won the Most Valuable Player (MVP) of the league several times, spearheaded his team’s offence with 29 points while Lucky Subel, Azouma Dike and Dele Ademola contributed 18, 15 and 12 points respectively.
In the high scoring game on the opening day, Sylvanus Yakubu, also put up a splendid performance to lead his team’s scoring chart with 29 points while Kator Gar contributed 16 points with Ibe Agu and Simon Owoicho scoring 11 and 10 points respectively.
Pillars took all the quarters with a 34-25 points win in the first quarter, 55-44 win in the second quarter, 83-72 win in the third quarter before fighting hard to consolidate in the last quarter with 104-97 win to wrap up the game.
Sylvanus Yakubu of Gombe Bulls described the loss as very painful.
He said, “This is a very painful loss. We never planned to lose this game; in fact we came into this competition to beat Kano Pillars first and win all our remaining games. Now we have lost this one. We lost because they took care of the ball better than us. We made too many mistakes. We knew it would be tough but we had beaten them twice and they have now beaten us three times. We have resolved not to lose any game after this.”
Monday results
Kada Stars vs Plateau Peaks (69-88)
Niger Potters vs Bauchi Net (77-58)
Gombe Bulls vs Kano Pillars (97-104)