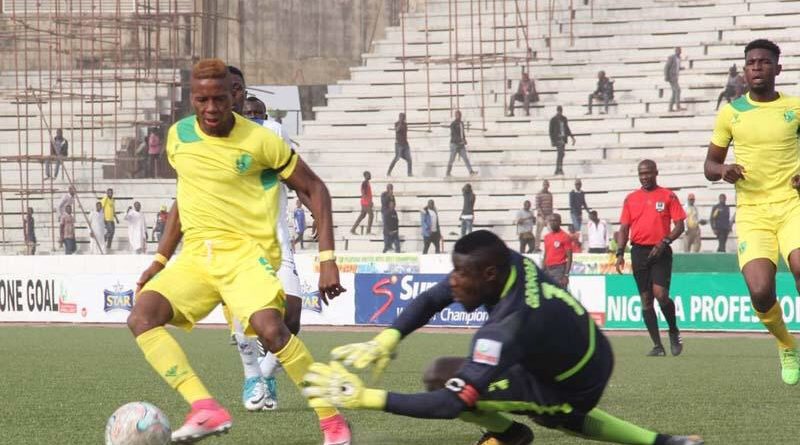 The Nigeria professional Football League resumed on Sunday with former champions Plateau United starting on a disappointing note. They went down to a 2-0 home defeat to Kwara United at the New Jos Stadium to continue their poor run after being eliminated from the CAF competition by Simba of Tanzania.

It was Jide Fatokun’s header in the 62nd minute that gave the visitors their first goal of the match. Just five minutes later, Michael Ohanu headed home the second goal off a Kabir Balogun assist to leave the Plateau side dumbfounded.

In Lagos and at the Agege Stadium, MFM started well beating Warri Wolves 2-1.

MFM took the lead in the eight minute through Ebenezer Odeyemi, before Muyiwa Balogun got the second in the 23rd minute.

John Paul Chinedu scored in the 27th minute for the visitors but the scores did not change until the final whistle.

In Lafia, Nasarawa United came back from a goal down to beat Wikki Tourists 2-1. Promise Damala gave Wikki the lead on eight minutes while responded quickly with Emmanuel Bright scoring the equaliser. Reuben Nicodemus then scored the winning goal seven minutes after the break.