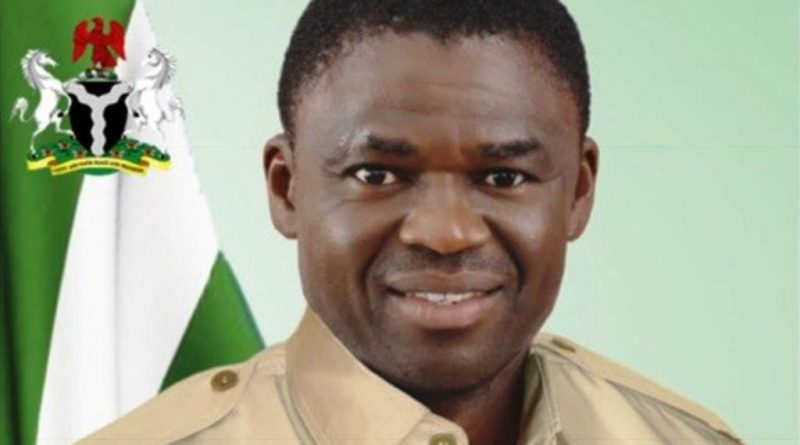 The sports-loving Deputy-Governor of Edo State, Philip Shaibu will add to his huge sports resume on February 12, 2022.

He will be joining the Governor of Lagos State and host of the Access Bank Lagos City Marathon Babajide Sanwo-Olu to participate in the 2022 edition.

Speaking while signing the entry form over the weekend Shaibu said he has been a distance admirer of the Access Bank Lagos City Marathon.

“I congratulate the good people of Lagos State, especially the Executive Governor Babajide Sanwo-Olu for putting together the Access Bank Lagos City Marathon, the biggest one-day sports event in Africa and one of the top ten marathons in the world in terms of prize money and participants.

“Having participated in the highly competitive Okpekpe 10km Road Race on a tough terrain because it is hilly, it will be a great joy to experience the Access Bank Lagos City Marathon alongside my brother Governor Sanwo-Olu. It will be fun to run in Lagos because the course is flat.”

An avid golfer, Shaibu is also a passionate footballer. He etched his name in sports history when he led the Team Edo football team to win the male football gold medal at the 20th National Sports Festival (NSF) in Benin.

In the match, Edo bounced back from a two-goal deficit to defeat the Lagos team 3-2 in the final at the main bowl of the University of Benin Stadium Complex.

Apart from organizing the best NSF ever despite the challenge of Covid-19, Shaibu the man in charge of sports in Edo State is leaving a legacy of giving Edo State world-class sports facilities and equipment including building the best gymnasium in Africa.

Yussuf Alli General Manager Access Bank Lagos City Marathon urges politicians and celebrities to emulate Shaibu, “being active in sports cures many illness and diseases. Our leaders and celebrities that the masses emulate should join Shaibu by embracing sports culture. This will translate mass participation in sports leading to a healthier workforce and less spending on healthcare by the government.”