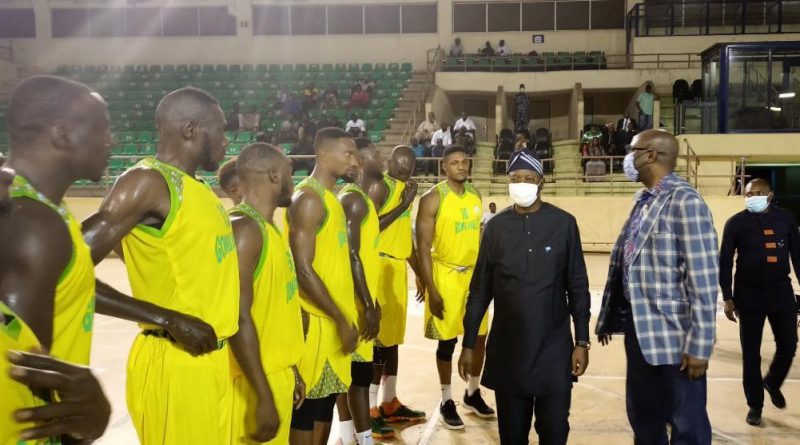 Lagos Islanders started their Nigeria basketball Premier League campaign on a good note against CAMAC of Lagos in the Atlantic Conference.

The team led by its former captain, Ayodele Oluwaseyi masterminded his side to a 59-52pts win.

The game which was played at a clutch for the better part of the encounter was won by a more experienced Islanders team with the likes of Hillary Aighokhoade, Ibrahim Okpe amongst other experienced stars.

Although the Raiders were impressive, the home support from the fans that came in their numbers to the stadium to cheer their team to victory also played a pivotal role.

Invaders of Ekiti avenged its last season one point defeat in the hands of Raptors when they met on Wednesday in Akure.

Coach Ojo Olusegun’s side won 64-59 on the afternoon while the last match of the day ended 55-47 in favour of Kwara Falcons against the Police Baton.

Action will continue tomorrow in Akure as Rivers Hoopers take on Coal City while Invaders will square up against CAMAC still in search of their first win. Police Baton battles Ondo Raiders while Kwara Falcons will face Raptors.

Games in the Savannah Conference were delayed following a broken fibre glass attached to the rim inside the Sports Hall of the Moshood Abiola Stadium in Abuja.