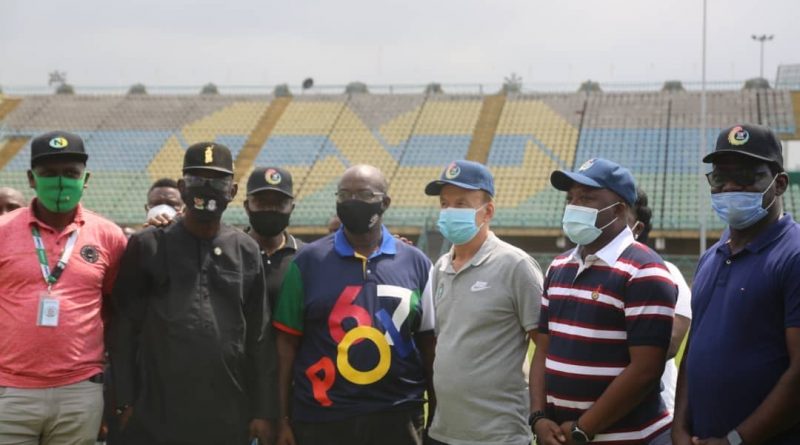 The city of Lagos has been announced to host the next Super Eagles game as confirmed by the team coach Gernot Rohr and the Nigeria Football Federation.

The Eagles have not played an official in their original and favoured home Lagos in more than a decade. They are however not returning straight to the revered national Stadium but the Teslim Balogun Stadium owned by Lagos State. The National stadium is undergoing repairs after being abandoned over the years by the Nigerian government.

On Friday, the Chairman of the Lagos Sports Commission, Sola Aiyepekun had a guided tour of the facility for the NFF team led by NFF Vice President Seyi Akinwunmi and Super Eagles Coach Gernot Rohr.

It was a part of the move to have the team play against Lesotho and Benin Republic in the African Nations Cup qualifiers at the Teslim Balogun.