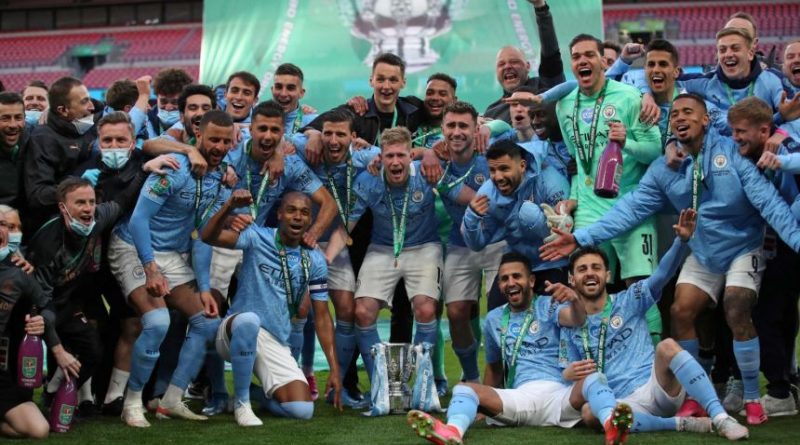 AS a semblance of normality returned, they belted out their great social-distancing anthem: “Blue moon, you saw me standing alone.”

There were only 2,000 Manchester City fans inside Wembley but their great Mancunian din was music to the ears of Pep Guardiola’s.

And what could be normal than City winning a trophy – their fourth straight League Cup and their seventh of the last ten trophies dished out in English domestic football.

As soon as next Sunday, City can be crowned Premier League champions that figure could read eight out of 11.

The Sun reports City were worthy winners and after so much free-flowing football the only surprise was that they won it from a set-piece – Aymeric Laporte heading home at the back stick from a Kevin De Bruyne free-kick ten minutes from time.

So Harry Kane must wait for the first trophy of his career. Wait or leave Spurs, who are without silverware for a 13th straight season now.

Sacking Jose Mourinho made little difference as Spurs were cautious and dominated for the vast majority of this contest.

Wembley welcomed 8,000 fans inside Wembley – the most at any outdoor UK event since March 2020 – including 2,000 Spurs and Man City supporters apiece.