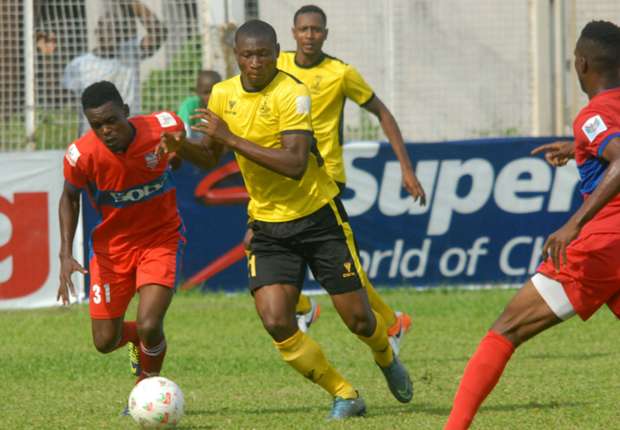 The League Bloggers Awards (LBA) has named contenders for the player and manager’s awards for the month of July in the Nigeria Professional Football League (NPFL). The list was released to the media on Wednesday.

Four of the eight men shortlisted for the July recognition will contest for the player’s award. They are Lobi Stars striker Anthony Okpotu and Godwin Obaje of FC IfeanyiUbah, Musa Newman of Akwa United and Sanni Abanni of Gombe United.

Okpotu and Newman are making back-to-back appearances in the LBA shortlist for the player’s award after they were named in the running for the June edition. This time round Okpotu scored four goals in the month under review and provided two assists. Okpotu’s goals came in four successive matches against Enugu Rangers, Katsina United, Remo Stars and Enyimba.

Newman, on the other hand, scored a goal each in three different matches. He scored the winner against Enyimba and was among the goals in Akwa United’s 3-0 success over Gombe United. Both games were played at home.

His goal at Rivers United in a rearranged fixture ensured the Promise Keepers got a point in Port Harcourt. He also provided an assist in the win against Gombe United Gombe United’s Abbani scored three goals and weighed in with an assist in the month under review. Abbani scored in the 1-1 draw at Nasarawa United on Matchday 27, and followed up with another goal in their 2-0 victory over northeast rivals El-Kanemi Warriors.

The 19-year-old then featured in his team’s fight back from two goals behind at FC Ifeanyiubah to draw 2-2. He scored the first goal and provided the assist for the equalizer in that game.

Obaje’s outing for July was pretty straightforward. He scored a goal each in matches against Katsina United, Remo Stars and Enyimba.

In the month under review, only Ilechukwu and Udi led their teams to four wins – the highest in July. Sunshine Stars under Udi enjoyed two away wins on the spin. Udi guided them to a 4-2 win at ABS and then a 1-0 victory at Rivers United coupled with home wins over Abia Warriors and El-Kanemi Warriors. The former Nigeria international oversaw defeats to Wikki Tourists and Nasarawa United (at home).

Ilechukwu masterminded home wins for MFM against ABS FC, Wikki and Katsina United before rounding off the month with a 1-0 win at struggling Remo Stars. In between those wins came defeats at Rangers and Rivers United.

Amoo’s bid to help 3SC escape the drop saw them pick 11 points out of 18 available in July. They went unbeaten in their opening five games in the month under review with wins over Enyimba, Katsina United and Wikki and then got draws at Rangers and Remo Stars. They suffered just a defeat in July at Plateau United when they lost two-nil.

Three wins, two draws and two losses were what Maikaba orchestrated for Akwa United in July. All three wins were in home matches against Enyimba, Gombe United and Nasarawa United. Maikaba’s men got draws on the road at Abia Warriors and Rivers United with defeats coming in away games against Plateau United and El-Kanemi Warriors.