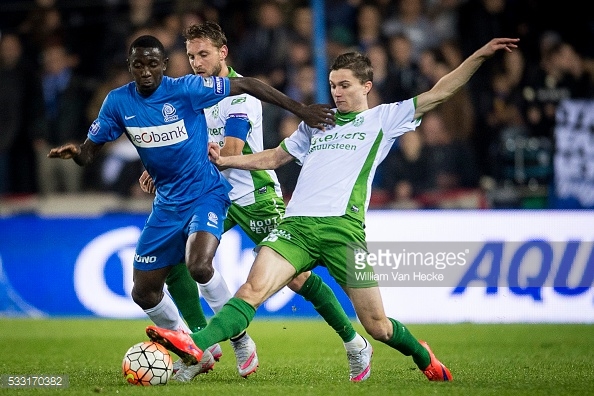 English Premier League champions, Leicester City have stepped up their drive for Nigeria’s Wilfred Ndidi. The struggling English champions have applied for a work permit for the Nigerian. They are eager to tie up the deal in the first days of January.

British newspaper, The Guardian, reports that Leicester are hoping to announce the deal on New Year’s day or thereabout. The surprise champions of the English Premier League are doing well in the UEFA Champions League in their maiden season but have found the domestic scene a tough place to thread. They are eager to beef up and chase titles at every possible direction.

The Foxes have reportedly agreed to sign the 20-year old from Belgian side, Genk in a deal worth £15m and additional £3m in potential add ons.

The former Nigeria youth international had the first part of his medical in December and is expected to conclude the final part of the tests in January.

Ndidi featured in what was potentially his last game for Genk against Gent Tuesday night which his side won 2-0. The player had a small party with his teammates to say goodbye.

Ndidi will join another Nigerian, Ahmed Musa, who crossed from Russia to the English league at the start of the season.