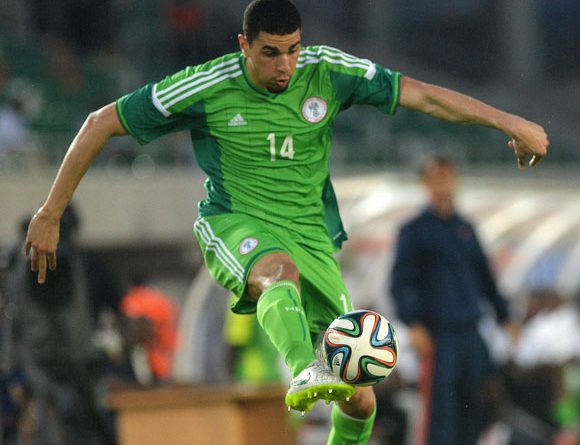 Nigeria defender, Leon Balogun, could wear the captain’s band for the Super Eagles on Friday when they face Algeria in a World Cup qualifying match holding in Constantine, Extrasportsnigeria.com reports. It will be the first time in his career for the Germany based defender.

A Goal report suggested that the team’s captain Mikel Obi will most likely be rested by coach Gernot Rohr to keep him fresh for Tuesday game against Argentina billed for Russia. Balogun could step up in the absence of vice captain Ogenyi Onazi and Elderson Echiejile.

Hints about Mikel starting from the bench was provided by coach Rohr in Wednesday’s training when Mikel lined up with Team B in what was his first training session with the team.

John Ogu, Ogehenekaro Etebo and Wilfred Ndidi played in midfield with the team that lo‎oks more likely to start tomorrow’s game in the tactical session.

A decision will however be made by the coach after the team’s training session late on Thursday.