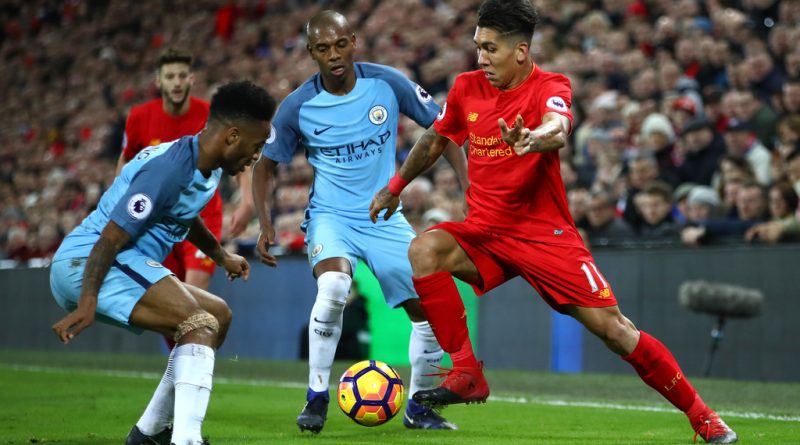 Manchester City lost a Premier League game for the first time this season as Liverpool edged a thrilling encounter with the league leaders at Anfield.

The Reds scored three times in a rousing eight-minute spell in the second half to go 4-1 up, and then clung on after City scored twice in the last six minutes, according to a BBC report.

Jurgen Klopp’s side – playing their first game since Philippe Coutinho’s £142m move to Barcelona – deserved their victory as they ended City’s hopes of going through the league season without losing, and extended their own unbeaten run to 18 games.

Alex-Oxlade Chamberlain’s low drive gave Liverpool an early lead, but City were level before half-time through Leroy Sane, who beat Loris Karius at his near post following Joe Gomez’s mistake.

The game turned decisively in two minutes either side of the hour mark, when poor defending by John Stones let in Roberto Firmino, and Sadio Mane – who had just hit the post – struck a stunning finish high past Ederson.

Ederson’s poor clearance gifted Mohamed Salah a fourth, and despite their late wobble, Liverpool closed out the win to go third in the table.

While the Reds’ top-four challenge goes from strength to strength, City can still reflect on a 15-point lead over Manchester United, who host Stoke on Monday.

Liverpool fans may have wondered how Klopp and his side would respond after the sale of Coutinho. The first reaction was a thrilling one.

Coutinho has been central to Liverpool’s potent attacking style both as a scorer and creator of goals, but Klopp’s other game-changers stepped forward to suggest, on initial viewing at least, they can compensate for his departure.

Oxlade-Chamberlain now has a greater opportunity to make his mark, and he delivered after only nine minutes when he arrowed a low, unerring finish past Ederson’s outstretched right hand in front of the Kop.