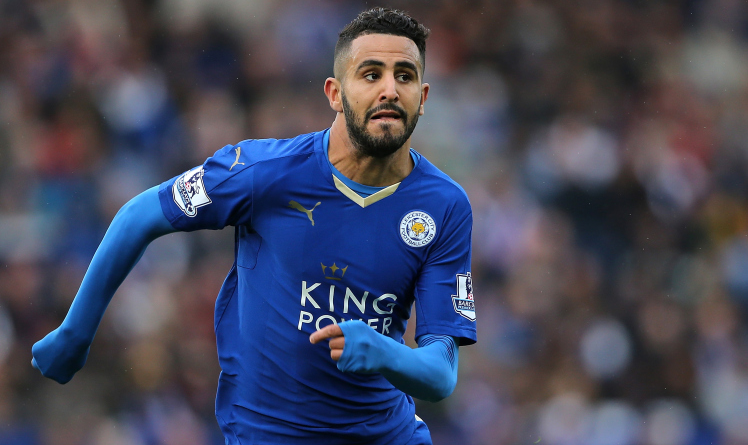 New African Footballer of the Year and Algeria winger Riyad Mahrez tops a cast of stars heading to Gabon this week for the 2017 Africa Cup of Nations.

AFP picked five footballers worth keeping a close eye on when the biennial 16-team competition bursts into action this Saturday:

The 27-year-old striker has been averaging a goal a game this season for Borussia Dortmund to top the Bundesliga scorers’ chart going into the mid-season break.

After being crowned 2015 African Footballer of the Year, the France-born son of a Gabonese father and a Spanish mother finished runner-up to lethal Leicester City weapon Mahrez in the latest poll.

He will be desperate to do well for Gabon as his failure to convert a shootout penalty condemned the 2012 Cup of Nations co-hosts to a quarter-finals defeat by Mali.

The 24-year-old Paris-Saint Germain defender was constantly in the media spotlight last year, but many of the headlines he created had little to do with football.

He labelled team-mate Angel Di Maria a “clown”, made homophobic insults against then PSG coach Laurent Blanc, struck a Paris police officer and made a throat-slitting gesture after an Ivory Coast game.

But the right-back was hailed as a hero last November when he saved the life of a Mali opponent in a World Cup qualifier by preventing the injured footballer swallowing his tongue.

Sidelined by injury for much of this English Premier League season, the absence of the 27-year-old West Ham United midfielder has been sorely felt by misfiring Ghana.

No Ayew meant there was little creativity from the four-time African champions, who have won only one of their last five Cup of Nations and World Cup qualifiers.

Captain and striker Asamoah Gyan will be particularly happy to see ‘Dede’ back in the national team as his form has been embarrassingly poor, due partly to a lack of quality service.

Being voted 2016 African Footballer of the Year crowned a special spell in the career of the 25-year-old who helped Leicester City to a sensational Premier League title last season.

But his form, and the results of Leicester and Algeria, have gone off the boil lately, placing pressure on the man who has succeeded Sofiane Feghouli as the football icon of the north African nation.

After disastrous 2012 and 2015 Cup of Nations campaigns, success-starved Senegalese supporters hope Liverpool striker Mane can trigger a change in fortunes.

The Teranga Lions lost all three matches five years ago and won only one two years ago as two ventures into central Africa turned sour despite star-stacked squads.

Liverwire attacker Mane, third in the 2016 African Footballer of the Year poll behind Mahrez and Aubameyang, has been consisently impressive for the title-chasing Merseysiders this season.