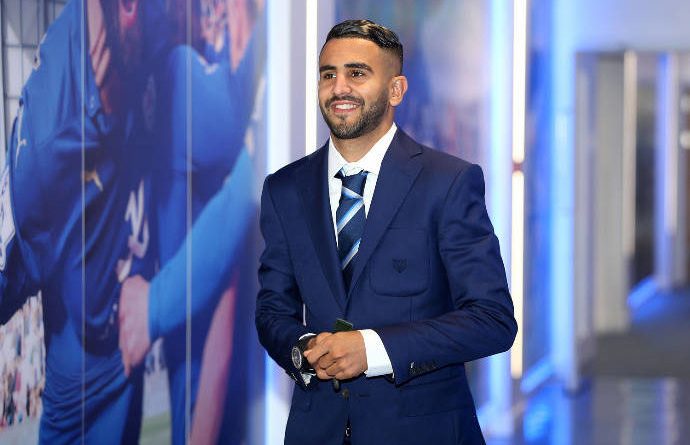 Algeria forward Riyad Mahrez has been named the 2016 African Footballer of the Year following the Glo-CAF awards held in Abuja late Thursday. The Algerian beat Borussia Dortmund’s Pierre-Emerick Aubameyang of Gabon, and the Liverpool and Senegal star Sadio Mane to the second and third positions respectively.

Mahrez big vote was based largely on his contributions to his club, Leicester City, in winning the English Premier League, last season. He missed out just once in Leicester’s games in 2015/16 and scored 17 goals.

Mahrez has ended a 19-year absence on the podium for a player from North Africa since Morocco’s Mustapha Hadji in 1998. Other Algerians to have won are Rabah Madjer in 1987 and Lakhdar Belloumi in 1981.

Mamelodi Sundowns coach Pitso Mosimane emerged the Coach of the Year. He guided his side to a record-breaking Absa Premiership title triumph before masterminding a successful conquest of Africa.

Sundowns romped to league glory in 2015/16 and also managed to claim the Telkom Knockout trophy which meant Mosimane stood alone as the only coach to have made a clean sweep of all domestic trophies on offer since the beginning of the PSL era.

Mosimane was selected ahead of DR Congo coach Florent Ibenge and Florence Omagbemi who coaches the Nigerian women’s national team.

Arsenal whizkid Alex Iwobi was named the Youth Player of the Year. The attacking midfielder is the third Nigerian to win the award, following in the footsteps of Arsenal Ladies striker Asisat Oshoala (2014) and Wolfsburg new signing Victor Osimhen (2015).

Iwobi made his competitive debut for the Super Eagles in 2016 and scored his first goal for the Eagles in a World Cup qualifier away to Zambia.

Manchester City striker Kelechi Iheanacho got the Most Promising Talent for 2016 award. The Nigerian saw off competition from Elia Meschak (DR Congo & TP Mazembe) and Naby Keita (Guinea & RB Leipzig) to win the award for the second time in his career.

Other Nigerian players that have won the Most Promising Talent of the Year include Obafemi Martins, Obi Mikel, Taye Taiwo and Oghenekaro Etebo.