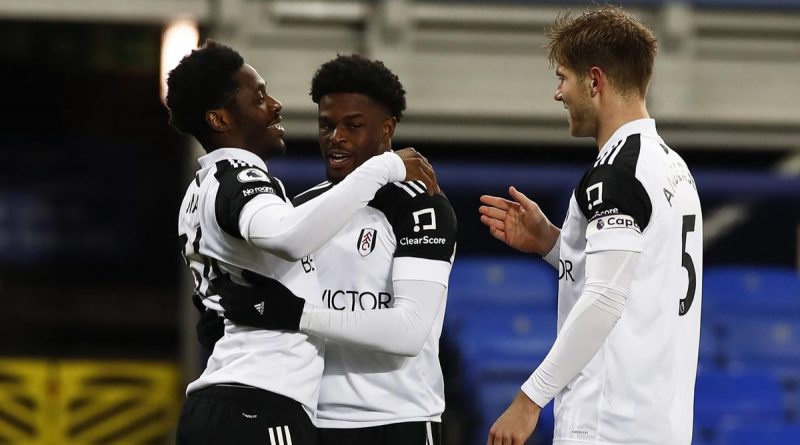 Nigeria’s Josh Maja was of high quality as Fulham ended their 12-game winless run in the English Premier League. They did so Sunday night by beating Everton 2-0 at Goodison Park.

It was a Fulham team that featured five players of Nigerian descent but the Bordeaux loanee was outstanding, bagging a brace in his first Premier League start.

The other Nigerians are Tosin Adarabioyo, Ola Aina and Ademola Lookman and Josh Onomah. Across the pitch was Everton’s Alex Iwobi who was a non-playing substitute.

The first half ended goalless but at resumption of play and at the 48th minute two Super Eagles stars combined for the opening goal in the 48th minute as Maja tapped in after a cross from Ola Aina who featured as a left-back.

In the 65th minute, Fulham doubled their advantage and again through Maja, who tapped in after Harrison Reed’s effort from range hit the woodwork and fell to the number 27.

The Nigerian striker was however replaced in the 72nd minute, 18 minutes before 2017 U20 World Cup winner Josh Onomah came on for Scott Parker’s team.

The outstanding performance for Fulham means they are now seven points from safety following their first away win against Everton in the Premier League.