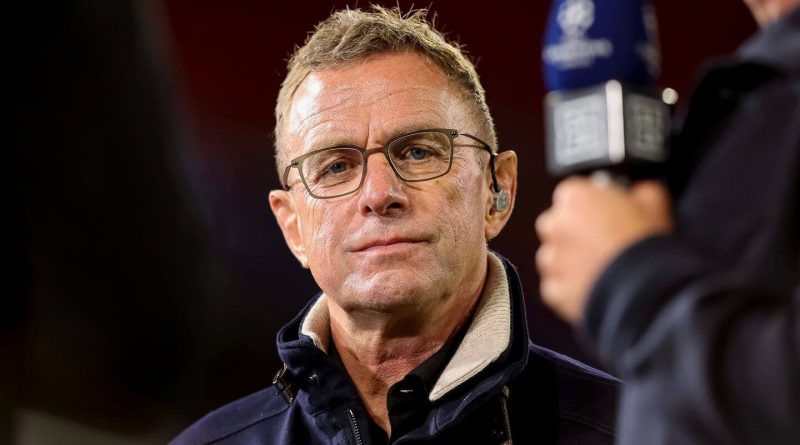 MANCHESTER UNITED have agreed a deal to appoint Ralf Rangnick as interim manager.

But the move is subject to his current club Lokomotiv Moscow allowing him to leave his role as head of sports and development.

United are currently involved in discussions with the Russian club to seal the move but are being respectful in their approach given Lokomotiv host Lazio tonight in the Europa League.

Rangnick, 63, is set to sign on for six months as manager and he is in talks over a long-term director role at the club.

However, the Red Devils have been unable to get a deal sorted prior to the visit to Chelsea on Sunday.

That means Michael Carrick will continue in the dugout and have the opportunity to win his first Premier League match as a manager.

Rangnick is nicknamed ‘The Professor’ having pioneered Gegenpressing in his native country.

He is said to have inspired top coaches like Thomas Tuchel, Jurgen Klopp and Julian Nagelsmann.

And although Rangnick has never managed outside Germany, he won 55 per cent of his matches at RB Leipzig in his second spell and got the club promoted to the Bundesliga in his first stint.

It was rumoured United had a shortlist of five candidates to take over as interim boss.

United also had a move for Mauricio Pochettino blocked by Paris Saint-Germain, but could make another swoop for the Argentine once Rangnick’s interim spell is over.