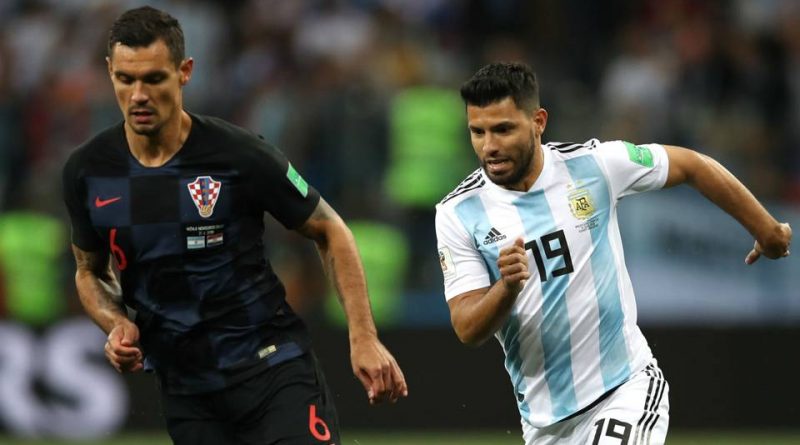 Legendary Diego Maradona wept as his country Argentina slumped to a 3-0 defeat in the hands of Group D rival Croatia. It was the second match of the group for the former World Cup winners after the first stutter against Iceland which produced a 1-1 result.

Cameras picked Maradona from the VIP section as he was being consoled in the Thursday night match.

On Friday, Iceland will take on Nigeria in a make or mar game.

Bullish Iceland boss Heimir Hallgrimsson however insists he expects nothing less than victory against Nigeria.

Iceland are the smallest nation ever to play in the World Cup and after an impressive point against Argentina – where Hannes Halldorsson saved a Lionel Messi penalty – Hallgrimsson is now very confident.

He told a press conference ahead of the game at the Volgograd Arena on Friday, “We expect to win. We have rotated the team a lot during qualification and we are not afraid, we will not change our plans of what we have decided to do before today’s game.

“We take meetings where we talk about how we can progress, what we should do as a team.

“Everyone is on board, no-one is trying to be bigger than the next guy and that is why this side is getting results above their individual quality. The collective value is higher than the individual value so I think that is the strength of the squad.”

Nigeria coach Gernot Rohr and the Super Eagles arrived at Volgograd on Thursday also beaming with confidence for the game.

Nigeria lost 2-0 to Croatia in their opening game and are now determined to keep the World Cup dream alive by beating Iceland. Many Nigerian fans believe that the loss of the Lionel Messi led Argentina could boost the morale of the Nigerian team.

Nigeria wrap up their Group D campaign against Argentina on Tuesday.