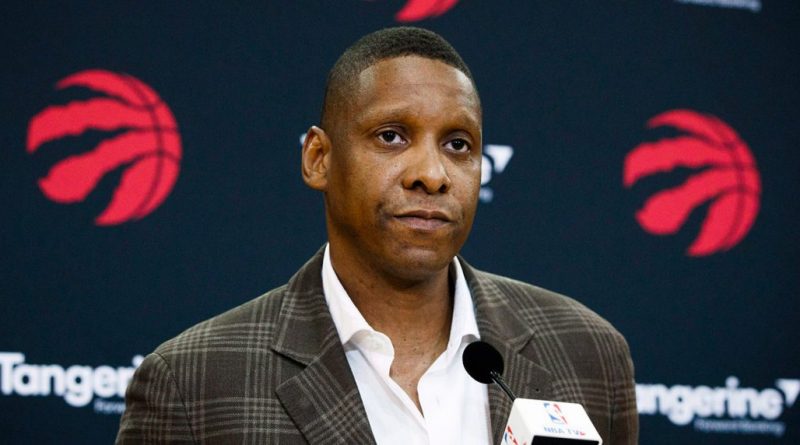 Toronto Raptors President, Masai Ujiri has asked governments in Nigeria to stop the practice of appointing non-professionals as sports ministers. He said it was an anti-productive practice to pick a candidate for such office based solely on political considerations.

This practice, he added, ensures that the country’s largest and most productive population are denied the quality leadership at the policy level that unleashes their great potentials.

Speaking alongside President Muhammadu Buhari at the launch of the Nigeria Exchange (NGX) Group on Tuesday, Masai said the “nation must take its youths and sports very seriously for the nation to achieve its economic and political potential as they remain the country’s surest path to global success.”

Describing the National Stadium, Lagos, as an eyesore as he has done in the past, Masai, who in 2003 founded “Giants of Africa” to discover basketball talent on the continent, wondered why such a great piece of real estate has not become income-generating like other sports complexes the world over.

He drew everyone’s attention to what has been achieved in the state-of-the-art 10,000-seater of Kigali Arena in Rwanda which is currently playing host to the inaugural Basketball Africa League (BAL). The BAL event in Kigali is featuring 12 teams from across Africa.

Ujiri who was a director of NBA’s Basketball Without Borders in Africa challenged other speakers at the virtual launch to support sports business, which is one of the biggest income earners the world over.

In delivering his remarks prior to sounding the closing gong and bringing the day’s trading to a close, President Buhari stated, “it is my pleasure to join you all at this important event organised to amplify the positive narrative about Africa and its great potentials. Let me start by congratulating Nigerian Exchange Group Plc on its recently concluded demutualisation, which is the first in the country. I recall signing the Demutualisation Bill in August 2018, paving the way for the long-awaited demutualisation of the then Nigerian Stock Exchange.”

Among speakers at the launch were the Minister of Finance, Budget and National Planning, Dr. Zainab Ahmed and Minister of Trade and Investment, Adeniyi Adebayo.